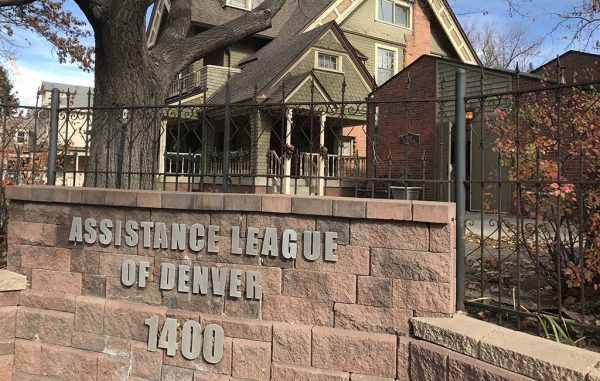 A Denver nonprofit is unloading a pair of properties – one on Colfax Avenue and one in Congress Park – and consolidating at one site in Virginia Village.

Assistance League of Denver is under contract to sell its thrift store, a prime parcel ripe for redevelopment at 1331 E. Colfax Ave., as well as the Victorian mansion that has been its headquarters for the past half-century, 1400 Josephine St.

In their place, Assistance League of Denver has purchased 30,000 square feet of retail space at the China Town Plaza shopping center, 6265 E. Evans Ave. The 2-acre property traded hands for $2.6 million on March 22, according to city property records.

“Our main concern and motivation was to have all of our workings under roof,” said President Mary Murray, so that volunteers working in the thrift store, for example, could meet the volunteers that collect rehabilitation equipment.

And the move is good for the bottom line, Murray said, because the nonprofit owns its real estate. It purchased the 1331 E. Colfax Ave. property in 1996 for $340,000. Denver property records do not show what the nonprofit paid in the 1960s for 1400 Josephine St., a turn-of-the-century mansion on property that includes a commercial kitchen and an auditorium. 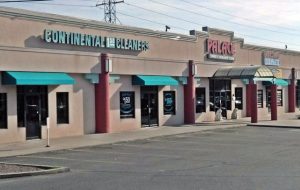 Bob Leino and Tanner Fanello of Fuller Real Estate are listing the thrift store for $1.65 million and the Josephine Street property for $2 million. Both are under contract, Murray said.

“We decided we wanted to channel more of our fundraising dollars into our programs rather than into our properties,” Murray said. “And (the Evans Avenue shopping center) is actually much more square footage than we need, so we’ll also have tenants with us, which will add additional income.”

Current tenants in the shopping center include Chakas Mexican Restaurant and Cricket Wireless.

The nonprofit’s volunteers tend to be 60 and older, Murray said, so working out of a single-level building saves the Assistance League from worrying about elevators and stairs.

The nonprofit will occupy about 16,000 square feet at the property, Murray said. It plans to start replacing the development’s roof and converting a former Chinese restaurant into the new thrift store in about 60 days. It is interviewing architects in order to submit building permits.

To fund renovations, Murray said, the nonprofit has a short-term construction loan from UMB Bank. It also is applying for capital improvement grants.

Assistance League of Denver is a volunteer organization first organized in 1953. It became a chapter of Assistance League, a national nonprofit, in 1958. Its largest program is Operation School Bell, which lets children whose families can’t afford new school clothes shop at a local retailer. The nonprofit reported revenue of $778,000 for the year ended May 31, 2016, the most recent year for which tax filings are available.

A Denver nonprofit is unloading a pair of properties - one on Colfax Avenue and one in Congress Park - and consolidating its services at one site in Virginia Village.