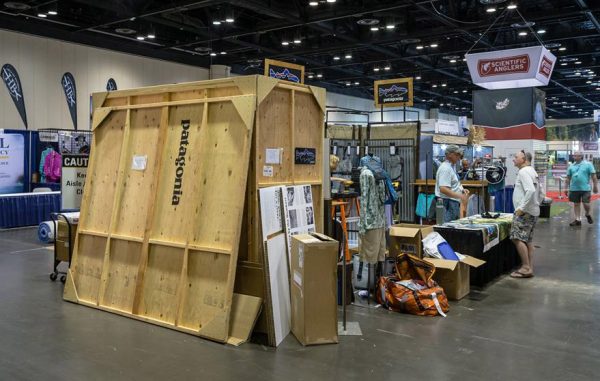 Orlando hosted the IFTD in recent years, but it will move to Colorado in 2019. (Courtesy American Fly Fishing Trade Organization)

The International Fly Tackle Dealer Show, which draws manufacturers, retailers and exhibitors from the fly fishing industry, is moving from Orlando to Denver in 2019.

The American Fly Fishing Trade Association, located in Bozeman, Montana, owns the show and decided to relocate after a surveying its 1,000 members.

“It is the epicenter of the fly fishing industry,” AFFTA President Ben Bulis said. “Fly fishing is a big industry and a big sport, and a big recreational driver for the state of Colorado.”

Denver hosted IFTD for about 10 years before it left for New Orleans in 2011. Since then, the show has been in Reno, Las Vegas and now Orlando.

Bulis expects the IFTD’s relocation to expand its number of exhibitors to 250 or more. While the show is not open to the public, he expects 4,000 to 5,000 attendees.

“It has a great potential of expansion, given the fact that it’s so close to a large portion of retailers,” Bulis said.

“I think it’s a great opportunity for them to showcase their home state,” Ladd said.

In addition, Ladd said his company, which opened a second location in Frisco, exemplifies the growing popularity of fly fishing in Colorado. For 12 years, his business has grown at 20 to 70 percent annually, Ladd said, as the sport draws middle-class clients booking fishing vacations in the state.

Orlando hosted the IFTD in recent years, but it will move to Colorado in 2019. (Courtesy American Fly Fishing Trade Organization)

The International Fly Tackle Dealer Show is moving from Orlando to Denver in 2019, with plans to nearly double its vendor lineup.