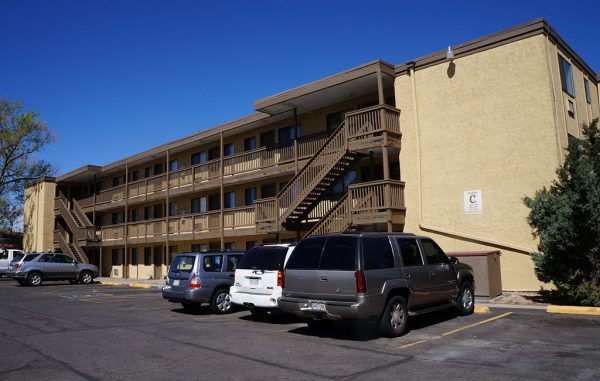 A Southern California firm has snapped up an apartment complex west of Federal Boulevard for $10.7 million.

ColdWater Partners, through Parkwood Plaza LLC, purchased the 120-unit property at 1436 S. Irving St. on March 2 from Denise B. Filakosky Revocable Trust, according to Denver property records. ColdWater principal Marc Venegas said he plans to invest a couple hundred thousand dollars renovating the exterior and the inside of apartments at Parkwood Plaza, which was built in 1981.

“It just fills a really good niche in terms of an affordable property located in a growing part of Denver,” said Venegas. “We’re targeting affordable workforce housing,” he said, at rents that restaurant employees or police officers can afford.

ColdWater received an $8 million mortgage from CBRE Capital Markets Inc. secured by the property, according to city records.

Venegas said this is ColdWater’s second deal in the Denver area since he launched the firm in 2016. The firm purchased Lamar Station in Lakewood for $11.6 million in June 2016, according to county records.

Venegas said he has been investing in Denver properties for 10 years at previous firms, betting that the combination of a young, growing workforce in a city where single-family homes are relatively expensive make rental units a strong investment. Besides Denver, Coldwater is focusing on cities like Austin and Salt Lake City, he said.

A Southern California firm has snapped up its second Denver property, an apartment complex west of Federal Boulevard, for $10.7 million.