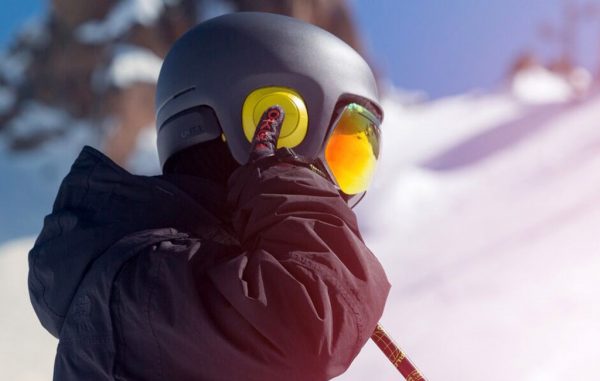 An Argentinian entrepreneur wants to solve a first-world problem: the uncomfortable union of headphones and helmet.

Juan Garcia Mansilla created a helmet with detachable headphones that can be used on and off the mountain. To measure interest in the product, he’s launched an Indiegogo fund that’s at 84 percent of its $50,000 goal.

“It was just really simple,” Garcia Mansilla said. “Let’s do a helmet, let’s do some headphones, and let’s make them work together and apart.”

Garcia Mansilla, an industrial designer, worked as a ski instructor at Vail four years ago, where he met John Surtees Buckley, now the marketing specialist for Soundshield. The two chose Denver to be first place for Soundshield’s parent company, Unit 1, to start selling Soundshield based on the proximity to customers using the headphone helmets.

“Denver makes sense in a lot of ways because it is right in the middle of the U.S. and you get access to both east and west resorts,” he said.

Helmets with built-in audio capabilities weren’t ideal for Garcia Mansilla, as they are unusable off the mountain, and skiers would need to buy a second pair of headphones for everyday use. 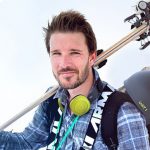 But Soundshield headphones lock inside the helmet through a patented docking system that can be released to use separately from the helmet. Garcia Mansilla also designed an interface on the outside of the headphones to pause, play, adjust volume and take phone calls. The headphones connect to Bluetooth, but don’t require a separate app.

“No one wants to pull off their gloves in the mountain cold,” Garcia Mansilla said. “We put an interface right there on the headphones … you can use it with the thickest mittens you can find.”

“What we really wanted from crowdfunding, we already got, which is acceptance,” Garcia Mansilla said. “It really did boost our confidence.”

The helmet and headphones cost $190 right now, but Garcia Mansilla said the retail price would be $300.

An Argentinian entrepreneur wants to solve a first-world problem: the uncomfortable union of headphones and helmet.