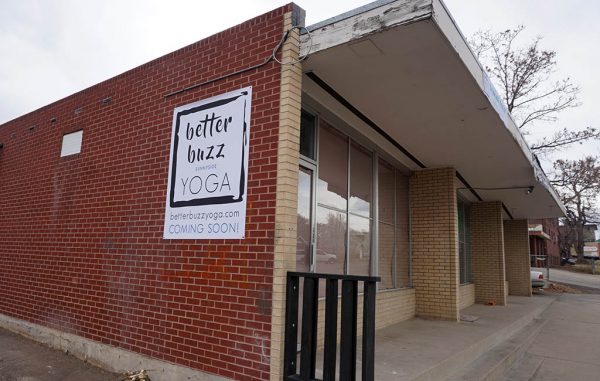 For Jaime Sense, the Peace Corps wasn’t so peaceful.

The pressure of working in Macedonia during her two-year stint pushed her into yoga as a remedy for the stressful work.

That was eight years ago, and now Sense is getting into the yoga business with a studio in Sunnyside.

On May 1, the 39-year-old is launching Better Buzz Yoga in Sunnyside at 2722 W. 44th Ave. She’s aiming to attract Denver’s yoga enthusiasts who aren’t necessarily beginners, but who find a traditional studio intimidating.

“I think there is a space for a middle transitional spot,” Sense said. “Better Buzz is seeking to be unassuming (and) hopefully really appealing to a kind of physical practitioner.” 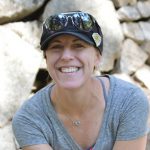 Sense, who grew up in Fort Collins, joined the Peace Corps to branch out of her career in donor relations at Colorado State University. She sold her house and moved to a small mountain village in Macedonia, where she worked in economic development. She discovered yoga as a way to exercise instead of running, which was uncommon.

“The Peace Corps can be a really isolating and super mentally challenging time,” Sense said. “Yoga became a really important piece for me because I could practice it in the privacy of my own space.”

When Sense moved back to Colorado, she continued her interest in yoga, getting her teaching certification in 2014. Sense moved to Sunnyside from Fort Collins with her husband in October, and last week she signed a lease on an 800-square-foot space two blocks from her home.

“When we saw this little space open, it was just the perfect fit,” she said.

Sense and her husband are renovating themselves – from replacing the flooring to hanging the drywall to repainting.

The studio will be heated between 85 and 95 degrees and an instructor will take clients through a sequence of vinyasa flow yoga poses. Sense is heating her studio with infrared panels to a temperature that she says allows clients to have more flexibility.

“I’m hoping for a good mix of men and women,” Sense said, adding that Better Buzz is good for “people curious about yoga (and) interested in learning more in a safe and un-intimidating environment.”

Sense plans to hire 10 to 12 instructors at the studio.

A stressful stint in Macedonia with the Peace Corps led a Fort Collins native to yoga. Eight years later, she's opening her own studio in Sunnyside.