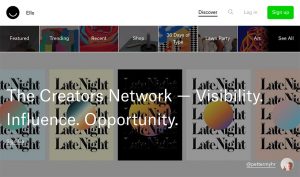 When Boulder-based Ello – a social network for artists – started in 2014, it raised nearly $11 million.

After finishing the initial development of its website and app for creative types, the startup again is passing the hat: it raised $2.5 million and is looking for another $1.5 million, according to a recent SEC filing.

“There are a whole handful of experiences we’re improving,” CEO Todd Berger said, including a new magazine, improved searching tool, art contests and job searches. “We’re rounding out offerings, and moving into revenue.”

Around 4 million people visited the site at the height of its popularity, Berger said, but the crush of visitors came a little early.

“Assume you’re an architect, and you’re building a really cool complex,” he said. “You’re about 10 percent done, and somehow everyone moves in.”

The startup stuck to the original vision. Now, Ello is raising capital to expand the ways it helps artists network, collaborate and earn money. 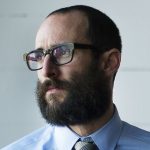 Berger said Ello will use the funding to continue making the website a one-stop shop for artists to promote themselves and network. In the future, Ello will host art and design contests, building a platform for art giveaways and working to make artists more hirable.

“We’re moving into our first iteration on job offerings,” Berger said. “We are going to connect with the brand agencies and creative agencies to hire super-talented people.”

Berger said Boulder-based Techstars and the Foundry Group were Ello’s main investors in this round.

Ello has 16 full-time employees, in a Boulder office and coworking space WeWork on Platte Street.

Berger said he hopes Ello will start earning revenue this year, as it works to charge brands and agencies for access to its pool of creatives.