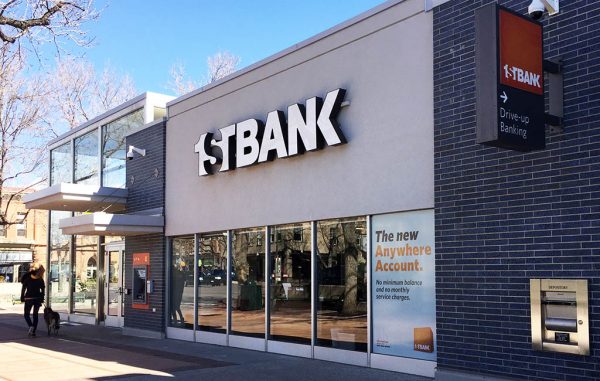 FirstBank is shuffling a pair of its Denver branches.

FirstBank is planning to relocate one metro Denver branch this year, according to a list of applications approved by the Colorado Division of Banking in February. It closed a branch at 17100 E. Smoky Hill Road in Aurora on March 1.

“We have several locations nearby,” said FirstBank Spokeswoman Chandra Brin, noting there is another branch on Smoky Hill Road and the bank has seen more of its customers banking online rather than visiting the branch.

FirstBank also plans to move a branch from inside a King Soopers in Golden to a new development at 701 12th St. in downtown Golden, Brin said. The new branch should be complete by this summer and employees at affected branches will relocate.

“When we close a location down, nobody loses their jobs,” Brin said.

FirstBank operates 120 branches – 100 in Colorado and 20 in Arizona and California.

According to FDIC data from June 30, 2016, FirstBank was the second-largest bank in Colorado by deposits and the third-largest by number of offices. That gave it an 11.12 percent market share in the state.

Wells Fargo Bank was the largest bank by deposits and locations, with $30 billion in deposits at 166 offices in Colorado.

Citing nearby locations and decreased traffic due to online banking, the financial institutions plan to shuffle their local footprint.