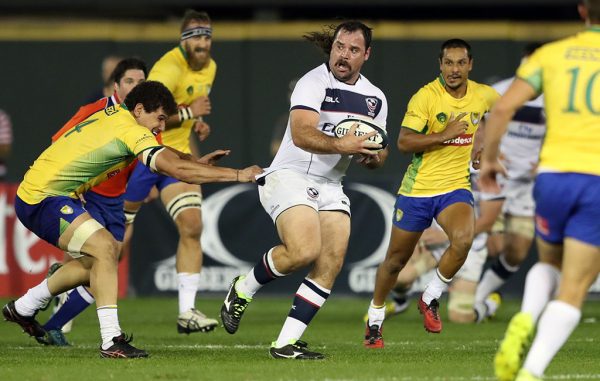 USA takes on Uruguay at the 2017 America’s Rugby Championships in February. (Courtesy Travis Prior)

A Colorado rugby promoter has pushed and shoved its way to seven figures of fresh investment money.

Lafayette-based Rugby International Marketing just raised $2 million, with plans to push the popularity of rugby in America, in part through its new online rugby broadcasting service, The Rugby Channel.

“We’ll be using the proceeds from this raise to increase partnership sales efforts and to stage more events,” CEO David Sternberg said.

England’s Harlequin Football Club, one of the oldest rugby clubs in the world, was the investor behind the recent capital raise. Rugby International Marketing reported the raise last month in two Form Ds filed with the SEC – one reporting $1 million in fresh capital for RIM, and another reporting $1 million specifically for The Rugby Channel.

RIM is the marketing branch of USA Rugby, charged with raising money and publicity for the national rugby organization. Out of its headquarters in Lafayette, Colorado, USA Rugby oversees competitive rugby in America, including youth, college and professional teams. 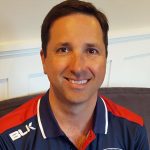 A couple of RIM’s biggest projects are hosting a USA vs. Ireland rugby match this summer at New Jersey’s Red Bull Arena, and promoting the Rugby World Cup Sevens tournament scheduled for July 2018 in San Francisco, which USA Rugby is hosting.

Since its inception in 2015, RIM has raised $7.5 million, said Sternberg, who became CEO last May.

Viewers can see highlights, scores and interviews for free on The Rugby Channel. For $5 per month, subscribers can watch live rugby matches. Sternberg said the online platform would broadcast about 500 hours of live rugby in 2017.

While rugby fans can watch matches through avenues other than The Rugby Channel, Sternberg said its wide array of video content sets it apart from other outlets.

“I don’t think there is anybody who is doing what we are doing in terms of the digital channel,” Sternberg said. “There is no one who has established a portfolio of rugby content like us.”

Rugby, which originated in England, has become increasingly popular in the U.S., said Sternberg, growing by 52 percent in the last five years.

USA Rugby, which has about 40 employees, moved its headquarters from Boulder to Lafayette a year ago, said Sternberg. The company’s main revenue streams are sponsorships, events, ticket and merchandise sales, and media.

Besides The Rugby Channel’s paid subscriptions, the channel also sells TV rights to major networks like NBC Sports and ESPN.

USA takes on Uruguay at the 2017 America’s Rugby Championships in February. (Courtesy Travis Prior)

The Lafayette-based Rugby promoter has plans to push the popularity of rugby in America, in part through its new online rugby broadcasting service, The Rugby Channel.