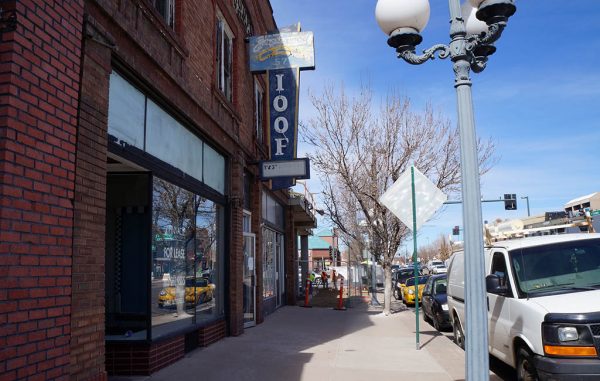 One Barrel plans to open in August or September at the corner of South Broadway and Englewood Parkway. (Amy DiPierro)

A pair of engaged aspiring sommeliers signed a lease in Englewood to bring a classier option to the commercial stretch of South Broadway near Hampden.

After they get married in July, Jamie Elward, 31, and Jordan Blaydes, 34, plan on converting the location into wine-and-dine spot One Barrel. The restaurant’s opening is slated for August or September.

“With Denver starting to overflow into the suburbs, there’s nothing yet in this community for people to have a nice glass of wine … and have a normal organic local experience,” Elward said.

The couple said Englewood residents have to travel farther down South Broadway or into downtown Littleton for good wine, and they wanted to offer a more convenient option.

“We are definitely paying a lot less rent than we would be anywhere in Denver. We’re trying to be on the forefront of bringing some nicer things to downtown Englewood,” Blaydes said.

To start, One Barrel will serve only dinner, featuring a seasonal organic menu that rotates four times a year. While the restaurant’s bar will have beer on tap and cocktails, the real feature will be its wine menu, which will include two wines on tap. Elward and Blaydes hope to do wine tastings every two weeks for $25 per person, as well as multiple-course wine dinners every few months for $100.

“We’ll definitely have a core wine menu, but we’ll try to run as many different wine specials as we can,” Elward said.

Elward and Blaydes are Colorado natives who met while working at another restaurant. Blaydes always wanted to run his own restaurant, so the pair signed their 10-year lease in December on part of the Odd Fellows building, which was built in 1928 and used to house Bonnie Brae’s Hobby Shop.

Elward is co-owner of One Barrel, while Blaydes is the general manager. Elward’s brother is the main investor behind the project, through his company, Gen3 Construction. Elward said the budget for launching the restaurant is $640,000.

Jack Byrnes with NCS Consulting is the restaurant’s general contractor, while Kenney Architects, which also designed The Infinite Monkey Theorem, is the designer. 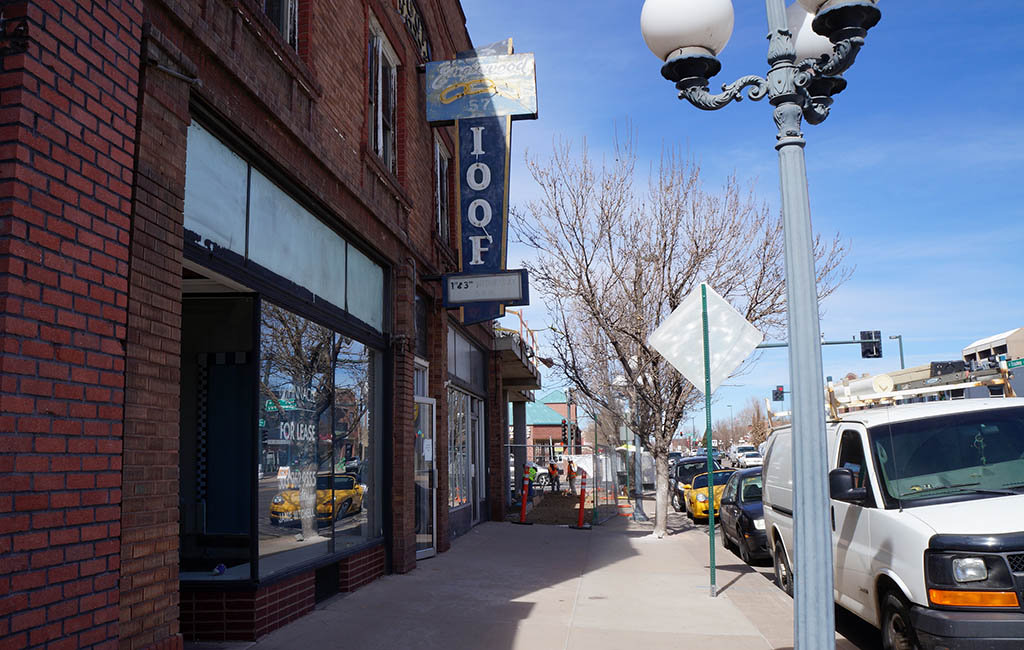 One Barrel plans to open in August or September at the corner of South Broadway and Englewood Parkway. (Amy DiPierro)

A pair of engaged aspiring sommeliers signed a lease in Englewood to bring a more refined option to the commercial stretch of South Broadway near Hamden.