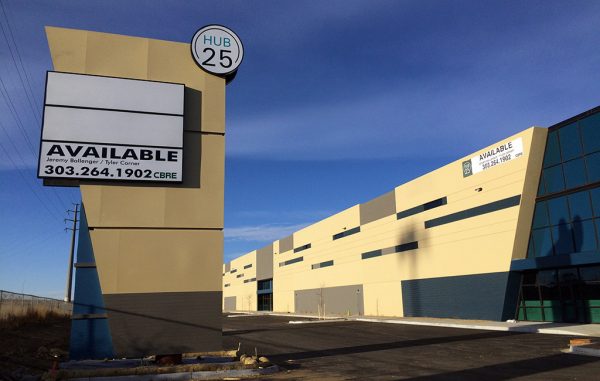 A food service product maker has found a new corral.

BSI is moving to Hub 25, a new industrial development nearing completion near Interstate 25 and 64th Avenue, after signing a 117,000-square-foot lease for one of the property’s four buildings. CBRE leasing broker Tyler Carner said it’s the first finished deal for the 420,000-square-foot industrial park.

“I think the company was attracted to the central location, in large part due to the fact that it’s near their employment base,” Carner said. “And they wanted to stay in the central market after getting relocated for the National Western Stock Show expansion.”

BSI is working out of a north Denver location at 5125 Race Court. Carner said it will move to Hub 25 in the next two months, shortly after their new building is finished. That building will open around the same time as three others at Hub 25.

BSI makes counter systems, sinks, floor troughs, carts and other products used in the commercial foods and restaurant business. The company is known for its ZGuard, an adjustable sneeze guard-type divider that you might see at a buffet.

The new BSI space will include office, warehouse and production space.

Hub 25 was developed by Denver-based Westfield Co. over the last year. It sits on 24 acres at the former Mapleton High School, just east of I-25.

Three buildings are left for lease at Hub 25. The biggest totals 145,000 square feet, and the smallest is 43,000 square feet. Carner said the space costs about $8.25 per square foot, and the developers could split buildings for smaller tenants.

Carner is marketing the property’s visibility from the interstate, and said its location in unincorporated Adams County will let tenants save on tax bills.

Just as BSI needed a new home because of the Stock Show redevelopment, Carner said Hub 25 is catching interest from tenants who want to get out of the way of another proposed construction project.

“We have a lot of users from the northeast market that are trying to avoid the I-70 reconstruction who are becoming interested in Hub 25,” he said. 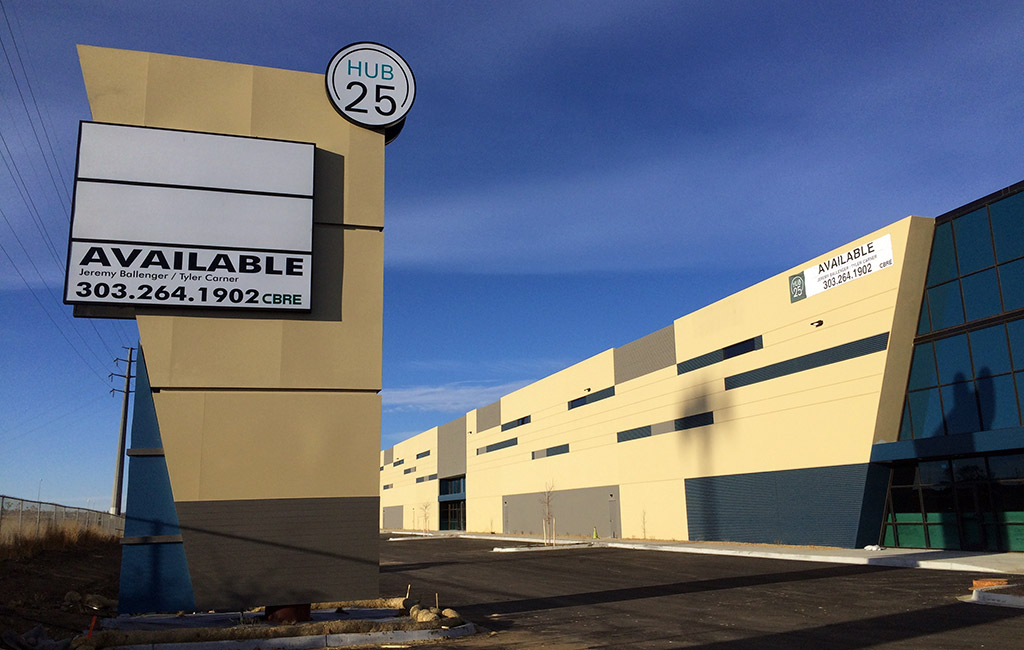 As work nears completion at the 420,000-square-foot site, a food service product maker has signed on occupy one of its four buildings in coming months.