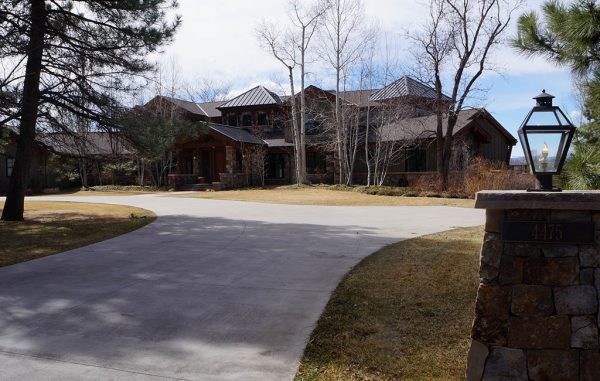 Cherry Hills Village is again king of the hill, boasting the highest-priced home sale in February.

In January, the highest-priced home sale belonged to a mansion in Evergreen bought by an NFL lineman.

The two-story house in Cherry Hills was built by Newmyer Contracting in 2005, according to listing service ReColorado, and sold for $434 per square foot.

The house has six bedrooms and seven baths, and originally was listed in July 2016 for $4.3 million. The home went under contract in December.

“It was on a beautiful 3-plus-acre site with mountain views,” Behr said. “It was just a lovely home with great spaces and lots of light.”

The outdoor highlights include a covered patio, hot tub and private tennis court. The property also has a 634-square-foot building for a barn or art studio.

Anne and Thomas McGonagle sold the house to Raj and Michelle Dhanda, according to Arapahoe County property records.

Thomas McGonagle is CFO of Industrial Income Trust in Denver, according to his LinkedIn profile.