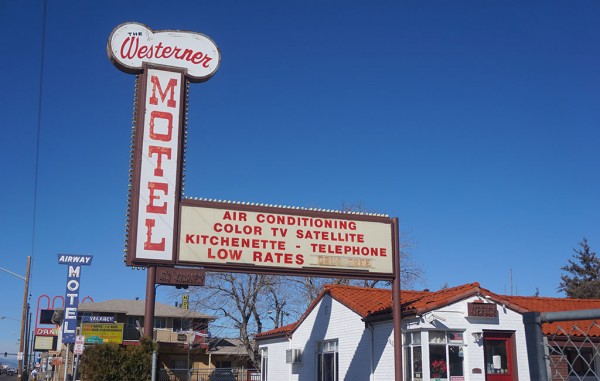 A motel that once beckoned weary travelers off Colfax has a new owner.

The Westerner Motel, a 1940s vintage Colfax drop in, sold last week for $850,000 to JS Motel Property LLC. The motor inn sits at 8405 E. Colfax Ave., on the edge of a five-block stretch of similar, older, garden-style motel buildings as Colfax approaches Aurora.

The horseshoe-shaped, two-story building complex has about 20 rooms. According to Denver city records, the building has stood since 1949. It sits on 15,600 square feet of land.

No one was at the hotel’s office on Tuesday morning. A sign on the door said the office was closed for renovations, and gave tenants alternate instructions for dropping off rent checks. Phone calls to the property’s office went unanswered Tuesday afternoon.

A motel that once beckoned weary travelers off Colfax has a new owner, who dropped $850,000 for the property last week.