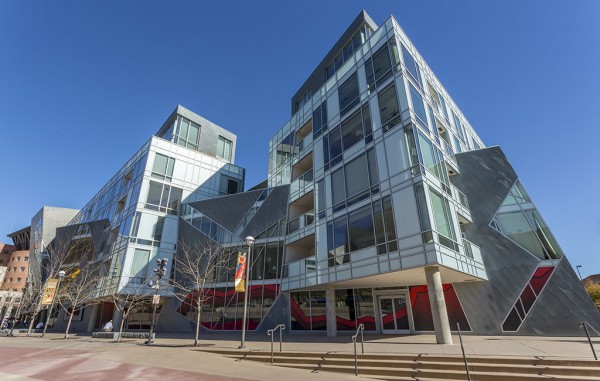 A 1,900-square-foot condominium across from the Denver Art Museum was listed for $1.5 million. (Courtesy LIV Sotheby’s)

The first penthouse is a fully-furnished, 1,900-square-foot condominium across from the Denver Art Museum, priced at $1.5 million. Like the museum, the condo is part of a project by the German architect Daniel Libeskind.

“This is a unit that has never ever been lived in by a human being,” said Douglas D. Kerbs of LIV Sotheby’s International Realty, who listed the property. “It was purchased by one of the trustees of the museum in order to be used for cocktail parties during major Denver Art Museum events.”

According to Denver property records, the two-bedroom, two-bathroom condo’s owner is Archangel Capital II, whose registered agent is Wayne Murdy.

Murdy, the former CEO of Newmont Mining Corporation, is a Denver Art Museum trustee. Murdy purchased the property from its developer in 2007 for $1 million, property records show, before transferring to its current owner.

The entire penthouse is outfitted with Ralph Lauren furniture. Then, through a wall of windows spanning the condo, there are the requisite penthouse views: The 1200 Acoma complex overlooks a rooftop garden, the museum next door and the mountains. 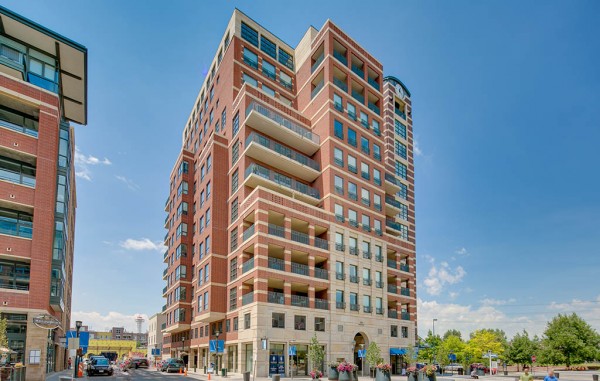 The condominium inside 1590 Little Raven St. contains three bedrooms and three bathrooms, including a private guest suite. A two-sided fireplace lights up the living room and study. And in the master suite, 12-foot floor-to-ceiling windows overlook the Highlands and the mountains.

According to property records, the condominium is owned by Freytag Holdings, an LLC registered to J. William Freytag.

Freytag was CEO of Westminster biotech Myogen until it was acquired by Gilead Sciences for $2.5 billion in 2006. He continues to have a hand in Colorado pharmaceutical firms like GlobeImmune, where he serves as Chairman.

A 1,900-square-foot condominium across from the Denver Art Museum was listed for $1.5 million. (Courtesy LIV Sotheby’s)