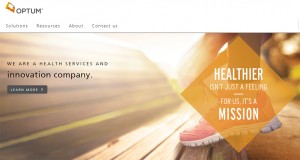 UnitedHealth Group says it is cutting 119 employees at an office in Centennial.

UnitedHealth plans to lay off sales and customer service workers from its affiliate health services business OptumHealth by April 16, according to a WARN notice sent to the state of Colorado on Feb. 15.

UnitedHealth Group spokesman Tyler Mason confirmed that Optum plans to leave an office at 10730 and 10770 Briarwood Ave. in Centennial. Mason said UnitedHealth is not downsizing in Colorado, noting that the company announced job openings in the state as recently as November.

“We’ve got over 2,000 employees and contractors we work with in Colorado,” he said. “(This is) a necessarily generated WARN notice. It has nothing to do with the commitment to Colorado.”

Mason said some UnitedHealth employees in Centennial may have the option to telecommute. UnitedHealth lists another Centennial office, 6465 S. Greenwood Plaza Blvd., on its website.

The health insurance company unveiled its 10730 Briarwood building in 2012. At the time, UnitedHealth said the 45,000-square-foot facility, near the intersection of Arapahoe Road and Havana Street in Centennial, was the product of a $4 million investment. The company reported that the center would house 550 jobs with salaries ranging from $30,000 to $40,000.

UnitedHealth has made Colorado headlines in the past year for acquiring nonprofit Rocky Mountain Health Plans and pulling out of the Connect for Health Colorado insurance exchange.

In November, the company said it would add 70 customer service employees in the Denver area.

The health insurer plans to lay off sales and customer service workers from its affiliate health services business OptumHealth by April 16.