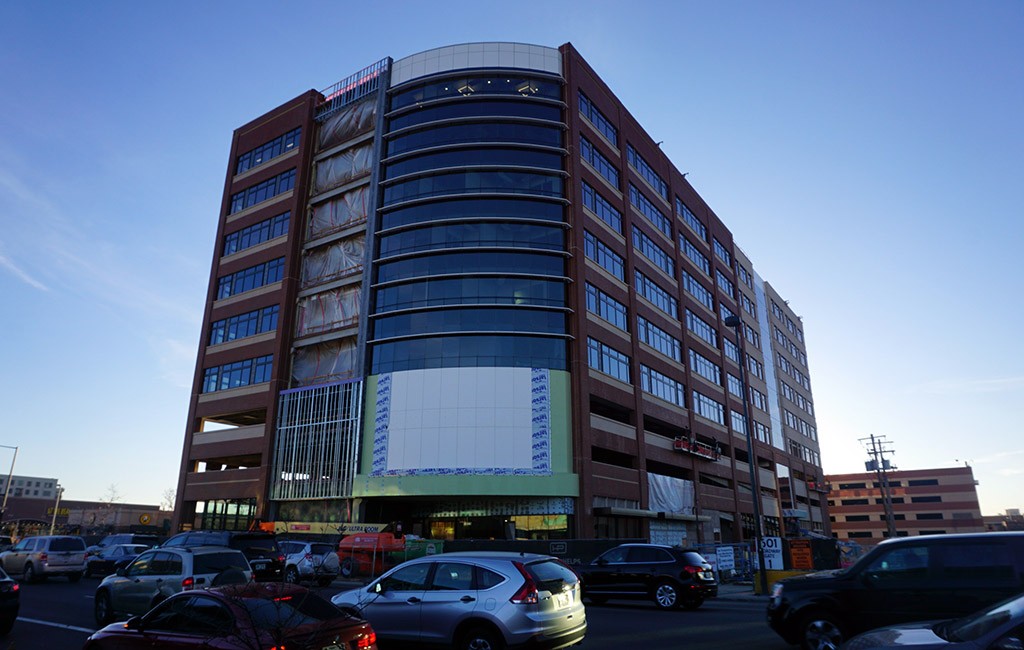 Thump Coffee will move into the first floor of the Denver Health building. (Kate Tracy)

Thump Coffee is doubling down in Denver.

The Oregon-based coffee shop is opening an outpost in the Denver Health building under construction at Sixth Avenue and Broadway. It will be the second Denver location for the company, which opened its first Colorado coffee shop in Capitol Hill in 2013.

“The traffic counts are great, and there are a lot of local people living and working in that area,” co-owner Bobby Grover said. “And that’s usually a good combination for business.”

Thump’s second location will take up 1,077 square feet on the first floor of the Denver Health building. Grover hopes to get the space from Denver Health in three months to start his own construction. He said Thump will probably open in June or July.

The coffee shop will sell mostly the same food and drink as the Cap Hill location. That includes Thump’s coffee as well as pastries and other baked goods. Grover said he’ll probably hire 10 or 11 new employees to staff the store.

The Broadway location will be Thump’s sixth coffee shop. The company has four in Oregon, and its original Denver location at 13th Avenue and Downing Street. Thump also has roasters in Denver and Oregon, and a wholesale business that ships its coffee as far east as Arkansas.

Thump Coffee will move into the first floor of the Denver Health building. (Kate Tracy)

It will be the second Denver location for Thump Coffee, which opened its first Colorado shop in Capitol Hill in 2013.