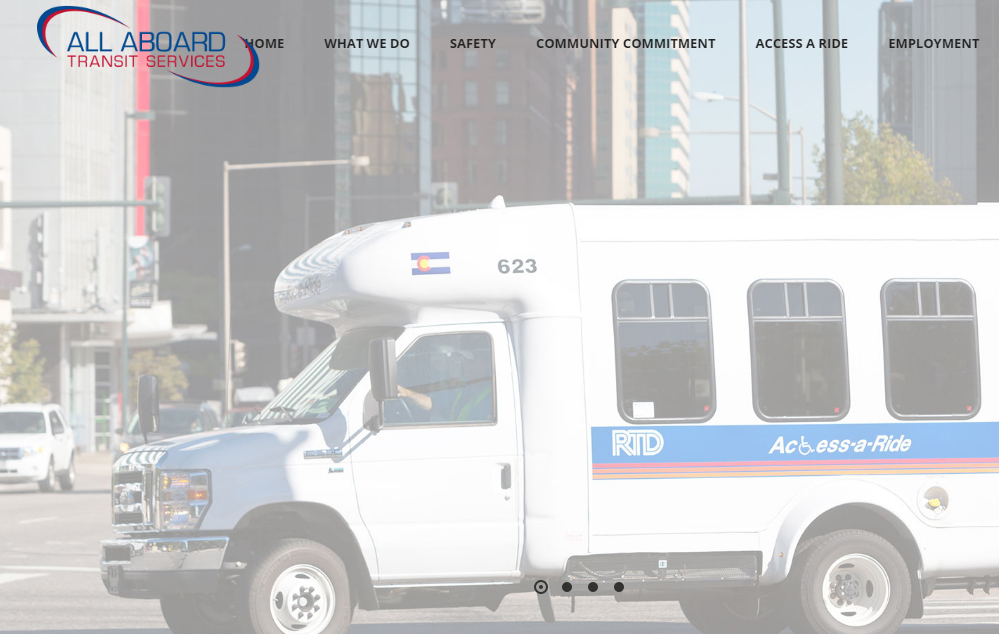 A Commerce City-based vendor hired by the Regional Transportation District (RTD) to drive Coloradans with disabilities says it’s shutting down that service April 1 and laying off its 117 employees, after RTD decided not to renew its contract earlier this month.

All Aboard Transit Services was one of four companies RTD hired to operate vehicles in its Access-a-Ride program, which can accommodate wheelchairs and other special needs.

But former All Aboard employees might not be jobless for long: A shortage of drivers in the Denver area means many employees plan to transfer to another transport service that successfully renewed its contract.

All Aboard operations manager Ramona Totten said the company’s 97 full-time drivers, 16 management staff and five part-time drivers are working through paperwork that would let them take up posts at Transdev, a public transport company with an office in Englewood.

Transdev could not be reached for comment by press time.

RTD is the regional authority that furnishes bus and light rail transportation in metro Denver. It is governed by a 15-member board of directors elected by residents in each district.

RTD, which is required to provide paratransit services by the Americans with Disabilities Act, owns all the vehicles operated by All Aboard.

At an RTD board meeting this month, managers recommended RTD not renew its contract with All Aboard, saying the company didn’t properly disclose its hiring process, safety statistics and other information required in the agency’s request for proposals.

RTD managers also said it was necessary to renegotiate contracts, rather than take an option to extend them, because vendors are facing a driver shortage.

“The biggest challenge has been that many local organizations pay drivers higher rates than our current service providers can afford,” a report to the RTD board said. “In addition to salary competition, the legalization of recreational marijuana has introduced new challenges.”

March 31 will be the last day on the job for All Aboard employees based at 5050 E. 58th Ave. in Commerce City, according to a letter the company sent to state authorities. Employees will not receive severance payments.

A Commerce City-based vendor hired by the Regional Transportation District to drive Coloradans with disabilities says it's shutting down that service and laying off its 117 employees.