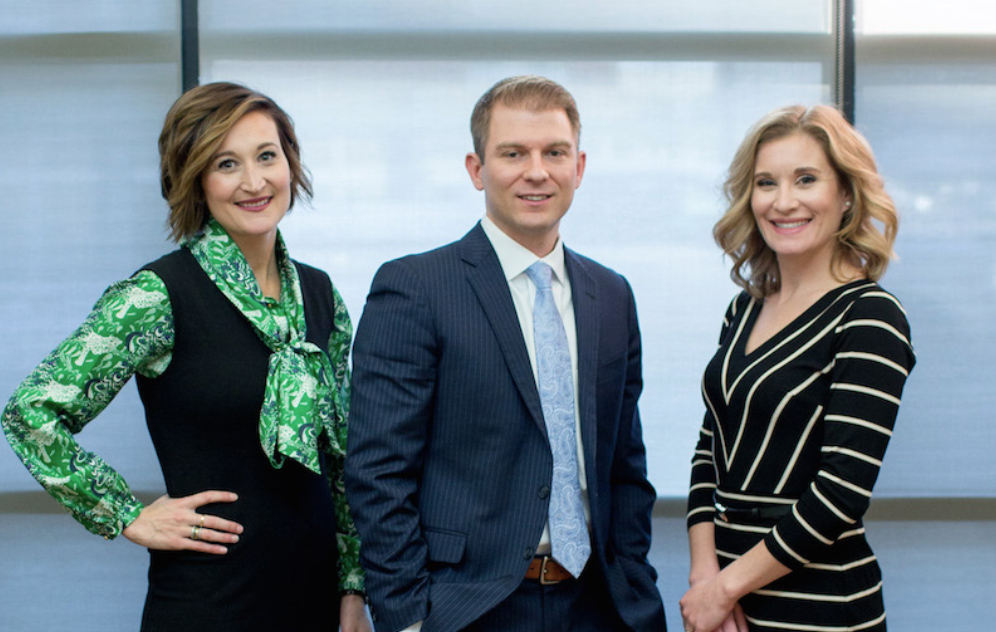 Its three founding partners – Jamie Cage, Nathan Bucar and Kate Lewis – met at Ciancio Ciancio Brown in Broomfield. But the group said the breakup felt less like a divorce than another family matter: leaving home.

“We were ready to try to do it on our own,” said Lewis, who joined Ciancio Ciancio Brown in 2011. She said the group grew up under the wing of Cynthia Ciancio, but that it was time “to fly the nest.”

In the Denver area, family law and divorce firm headcounts tend to max out in the mid-teens. Ciancio had about 10 attorneys before the trio departed, a touch smaller than family law firms in the area like Gutterman Griffiths in Littleton and The Harris Law Firm in Denver.

Lewis said she and her two business partners believe starting a smaller firm will let them pick cases that fit their skill sets. Cage likely will handle cases on appeal, Lewis said, whereas Bucar often deals with clients with a large business or another valuable asset. Lewis typically steps up for custody disputes involving a parent’s mental health or substance abuse.

The partners are opening their doors with 57 clients, Lewis said.

Cage Bucar Lewis has leased space 2810 N. Speer Blvd. in the Highlands, but to make office visits easier on clients farther north, Lewis said, the firm is keeping a coworking space in Broomfield.

The Highland office has its own advantages. Because divorce, custody and child support cases often herald other life changes, Lewis often refers clients to therapists, financial planners and real estate agents. Now, the new firm has many therapists and counselors among its Highlands neighbors.

The new firm’s founders each received law degrees out of state: Cage at the University of North Dakota, Bucar at Touro Law Center in Long Island, and Lewis at Washington University in St. Louis.

Cage joined Ciancio Ciancio Brown in 2007, while Bucar and Lewis had been a part of the firm since 2012 and 2011, respectively.