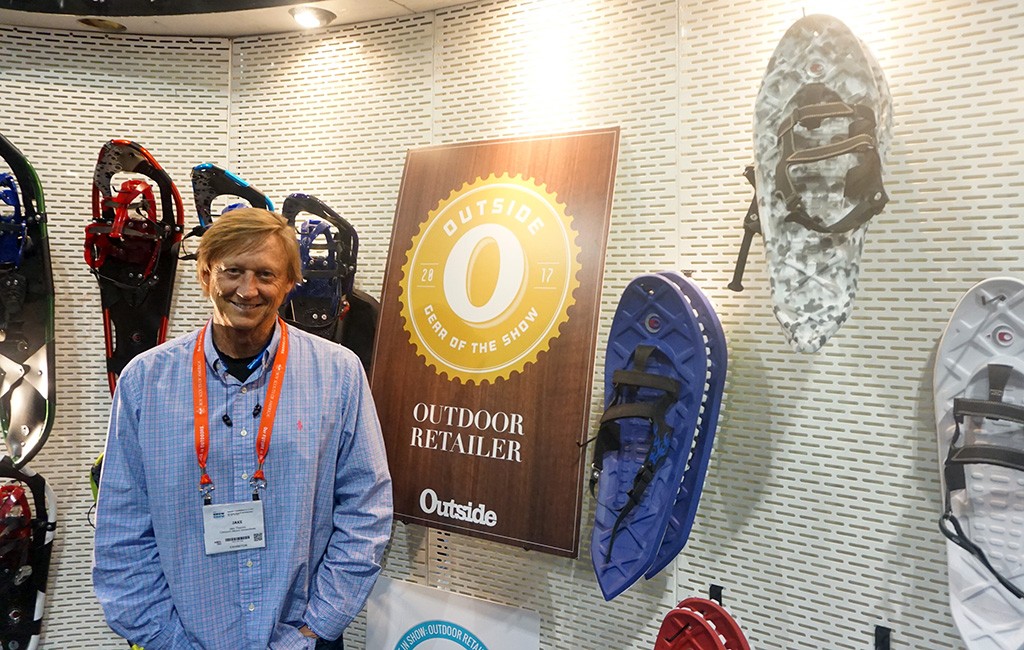 A Boulder snowshoe maker is stepping out of the hard aluminum frames it’s made for 20 years and into a new design: foam footwear it says is as comfortable as running sneakers.

Crescent Moon Snowshoes president Jake Thamm has been hard at work for two years making a foam snowshoe that kicks up the comfort a few notches.

“It was intended to be a blown-up shoe,” Thamm said. “And because it was a simple idea, it was directed to a part of the market we felt like has been untapped and remains untapped.”

The snowshoe, called EVA the All-foam Snowshoe, will ship to retailers this fall. Thamm expects the shoe to double or triple Crescent Moon’s revenue. He has three pending patents for the design, and the firm is launching a Kickstarter in March to finance the six molds it needs to manufacture the snowshoes.

Thamm said he hired shoe designers in Boulder, and then the company cobbled together a foam snowshoe – similar to a running shoe, but durable enough to trudge comfortably through snow.

The shoe is made of two inches of insulated foam, with hard plastic on the bottom for traction. Unlike most models, the shoe is a rocker and has no heel release or hinge so that a person’s foot never actually touches snow. Thamm says the foam technology gives the user a slight boost of power while walking or running.

“It’s a natural extension of the way your foot automatically works,” Thamm said. “Between steps, it becomes weightless. The result is you feel like you’ve got this additional energy with every step that you take.”

Thamm said the model is intended for customers who would never buy a traditional aluminum snowshoe, adding that this new model is easier to put on and take off. Although the snowshoes are intended for lighter parks and trails and shallower traverses, Thamm said he would still hike a 14-er wearing them.

Crescent Moon has manufactured snowshoes for 20 years in a 2,500-square-foot factory in Boulder. Thamm and his wife had always been interested in snowshoes, but began the business after they had already patented a rolling gear rack for skis, bikes, golf clubs and other sports equipment. Once they realized the racks shared the same materials and manufacturing process as snowshoes, they decided to expand.

“It really was more coincidental than it was deliberate,” Thamm said.

Last year, the company made 5,000 pairs of snowshoes for more than 150 retailers, including Amazon, Moosejaw and Backcountry Edge. At its busiest, the company has nine employees. Snowshoes range in price from $185 to $290, with five models for women and six models for men, according to Crescent Moon’s website.

Thamm said it’s hard to gauge snowshoes’ popularity, as it generally depends on the amount of early-winter snow. A dry, warm winter in the Midwest typically means a bad year for Crescent Moon, as up to 60 percent of its sales are from Midwest retailers.

Thamm said he plans to make up to 15,000 foam snowshoe pairs in the company’s first run, and they will retail for $150. While the rest of Crescent Moon’s manufacturing will remain in Colorado, the new snowshoe will move to China for production, as Thamm said all the technology, equipment and knowledge associated with foam footear is located there. Thamm said he’s using company cash flow to invest in the new product. 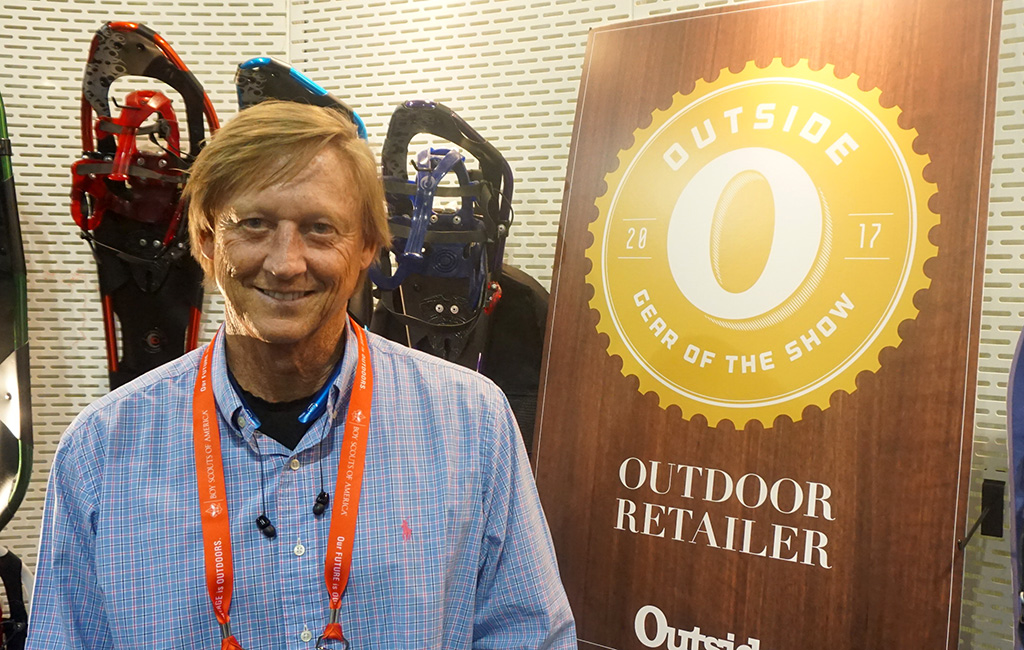 Crescent Moon Snowshoes has been hard at work for two years making a foam snowshoe that kicks up the comfort a few notches.