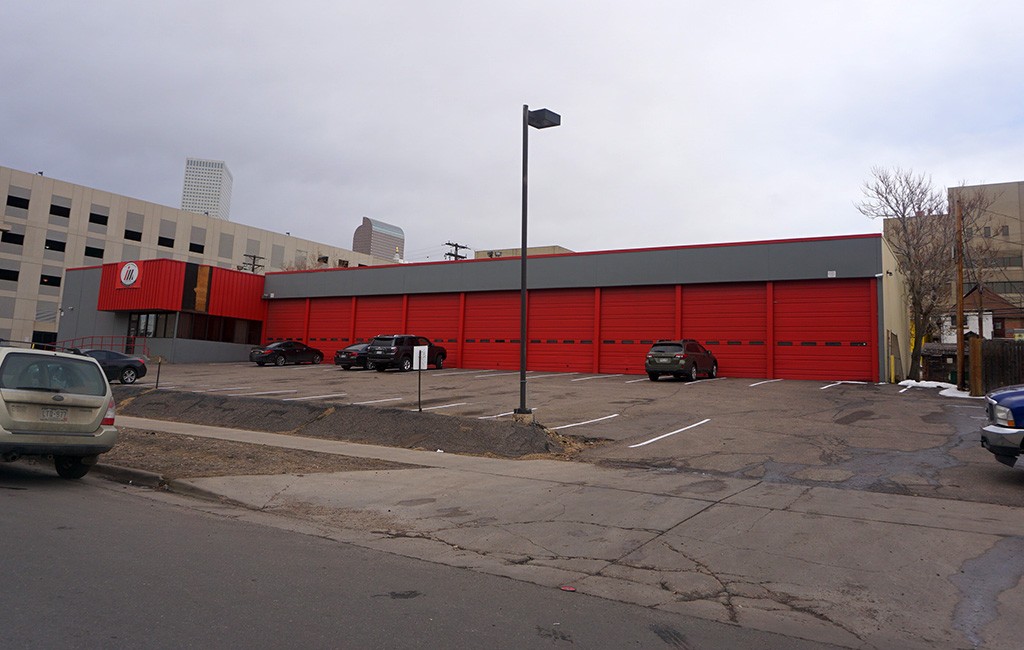 A hotel is planned for the site at 13th Avenue and Elati Street in the Golden Triangle. (Burl Rolett)

Another Golden Triangle lot has caught the eye of developers with plans to go vertical.

Maley said his firm and H&H Hotels have been working on this deal for about a year. Their joint venture H&A Development bought the 0.68-acre site last week for $3.6 million, according to city records.

The construction budget is about $38 million, Maley said, including land acquisition. 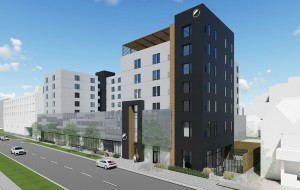 A rendering of the planned Element hotel, a brand owned by Marriott. (Courtesy H&A Development)

The Element hotel is a Marriott-owned brand that offers studio, one-bedroom and two-bedroom guest rooms. There is one existing Element hotel in Denver, about 20 miles south near Park Meadows.

Maley said this location is unusual for the Element brand, which typically sets up shop in the suburbs. It had to make a few tweaks from the standard Element design, including putting parking on the second floor instead of a lot surrounding the hotel.

The hotel also will have restaurant and bar on the first floor. But Maley hopes the brand’s in-room kitchenette will attract extended-stay guests who would rather eat in.

“The unique part about the Element is you have a full-size refrigerator, real dishes, real silverware and a range,” he said. “From a kitchenette standpoint, it’s almost like being at home in your own kitchen.”

H&A Development hopes to break ground in April and open the hotel by September next year. Beck Group will design and build the Element hotel. Michigan-based Promanas Group is the equity partner.

The Element brand launched 10 years ago and has about 22 locations nationwide, according to the Marriott website. It was a Starwood brand, prior to Marriott International’s acquisition of Starwood last year.

The Golden Triangle Element will open about three years after its nearest competitor, the Art Hotel, opened a few blocks over at 12th Avenue and Broadway.

Maley wants to stand out to travelers who want a more comfortable, spacious hotel room, but don’t want to break the bank for a top-of-the-market, luxury hotel.

“The amenities we offer will be geared towards a more luxury-style hotel, but still within reason on pricing,” he said. “It’s not a five-star resort, but it caters to that more sophisticated traveler with a mind for sustainability.”

A hotel is planned for the site at 13th Avenue and Elati Street in the Golden Triangle. (Burl Rolett)

Another Golden Triangle lot has caught the eye of developers with plans to go vertical.