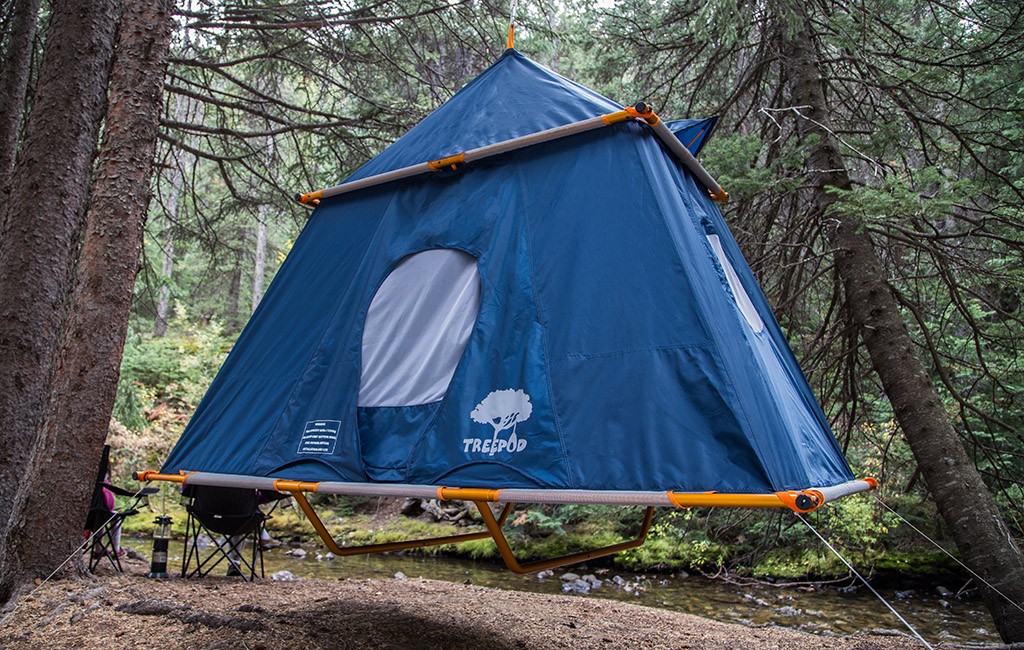 The TreePod hangs by slacklines a few feet off the ground, and can hold up to 500 pounds. (Courtesy Canaima Outdoors)

When Ricardo Bottome left Boulder in 2013, the city was handing out citations to anyone attempting to slackline in public areas.

That was a problem for the CEO of a company making and selling the tight ropes that recently became a sport of their own, so Bottome relocated to a 12,000-square-foot warehouse and office in Louisville.

Now his company Canaima Outdoors is moving back to Boulder as the city looks to loosen its restrictions on the tightrope-esque lines, and Bottome looks to introduce a line of tents that hang a few feet in the air, suspended by slacklines of their own.

“It was the confluence of both streamlining our operations and Boulder embracing slacklining,” said Bottome. “We feel being Boulder-based is better for the growth of our company.”

Canaima Outdoors moved into its 2,000-square-foot space at 5277 Manhattan Circle on Dec. 1. The company sells slacklines under the name Slackline Industries, and recently launched a line of suspended tents under the name TreePod.

Canaima carries 1-inch and 2-inch slacklines, which use a ratcheting system to stretch between two trees or posts. Slackliners use the cords for a variety of activities, as simple as balancing on the line or walking from end to the other, and as complex as yoga routines. 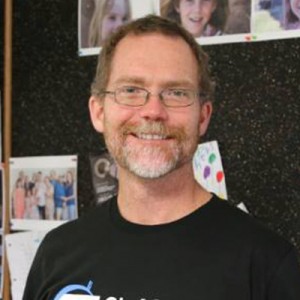 Advanced slackliners use the wider lines like a trampoline, performing backflips and other tricks, while others harness themselves as they cross high canyons or rivers.

“It’s a sport you can do anywhere,” said Bottome. “It prevents injuries for any other sport, it’s both fun, improves your core and balance, and improves your health.”

Popular slacklines and rigging systems on the Slackline Industries website range from $60 to $155.

Bottome stopped seeing growth in his slackline sales about three years ago, when other companies started selling them for lower prices on Amazon. That’s one reason he decided to work on his suspended tents and tree houses.

Recently, Canaima Outdoors launched its TreePods–tents that campers tie to an overhead point and then strap to a car hitch, tree or other anchor to suspend the tent a few feet above the ground.

Even though these suspended tree houses have only been around for nine months, they already are outselling the slacklines, Bottome said. Retailers carrying both of Bottome’s product lines are selling twice as many tents as slacklines.

The company also is unveiling a full-sized suspended tent that will hit stores in May. Bottome said that while other companies are exploring elevated camping solutions, his tent is easier to set up. His tents only take about 20 minutes to put together, he said.

The company will make 1,000 full-sized, hanging tents in its first production run. The tents are more waterproof and durable than the children’s tree house version Bottome already sells, he said, and can hold up to 500 pounds.

“We discovered people value being away from water and away from bugs and mice when camping,” Bottome said.

With Canaima selling bulkier products than its original slacklines, Bottome said it has contracted a third-party logistics company in Seattle to store tents and other products. Previously, the company would import from a manufacturer in China. Shipments would land on the West Coast and make another 1,000-plus mile trip over land to Canaima’s Louisville headquarters.

The Seattle shipping hub will cut out the trip to Denver, and products will go straight from the Pacific Northwest to wherever they are to be sold.

Bottome’s company brought in about $4 million in revenue last year, he said. The company has seven employees in Boulder, as well as an athlete coordinator and industrial designer who both work in Seattle.

Bottome, originally from Venezuela, started working in the outdoor industry in 1991. When he realized he wanted to leave Venezuela in 2008, Boulder seemed like the perfect place to start a new company because of its outdoor activities, quick access to an international airport and promising education opportunities for his daughters. 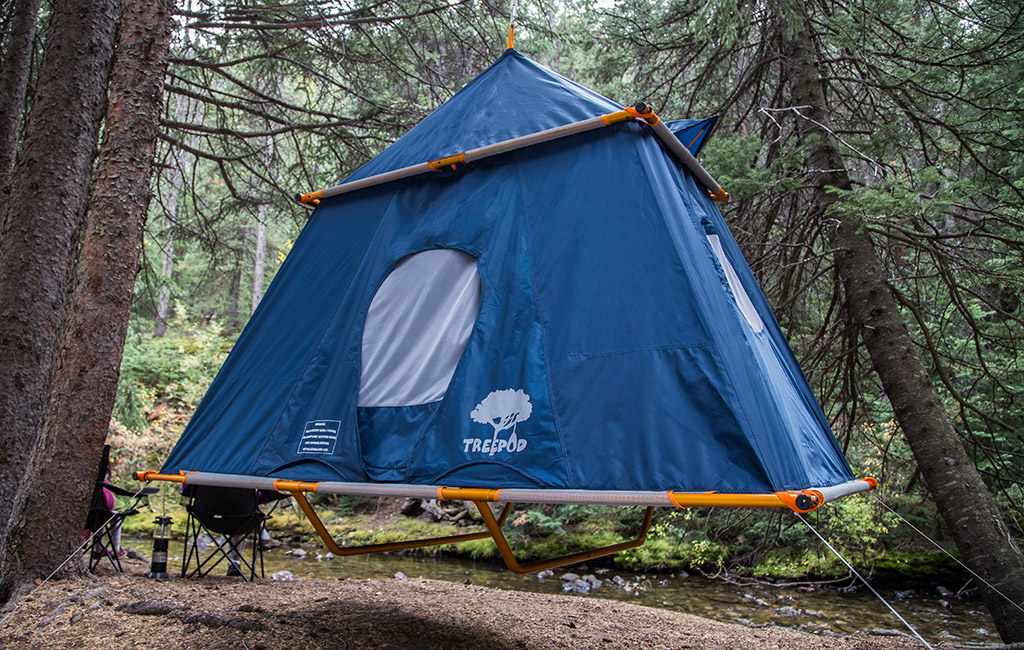 The TreePod hangs by slacklines a few feet off the ground, and can hold up to 500 pounds. (Courtesy Canaima Outdoors)

Canaima Outdoors is moving back to Boulder as the city looks to loosen its restrictions on the tightrope-esque lines, and plans to introduce a line of tents that hang a few feet in the air.