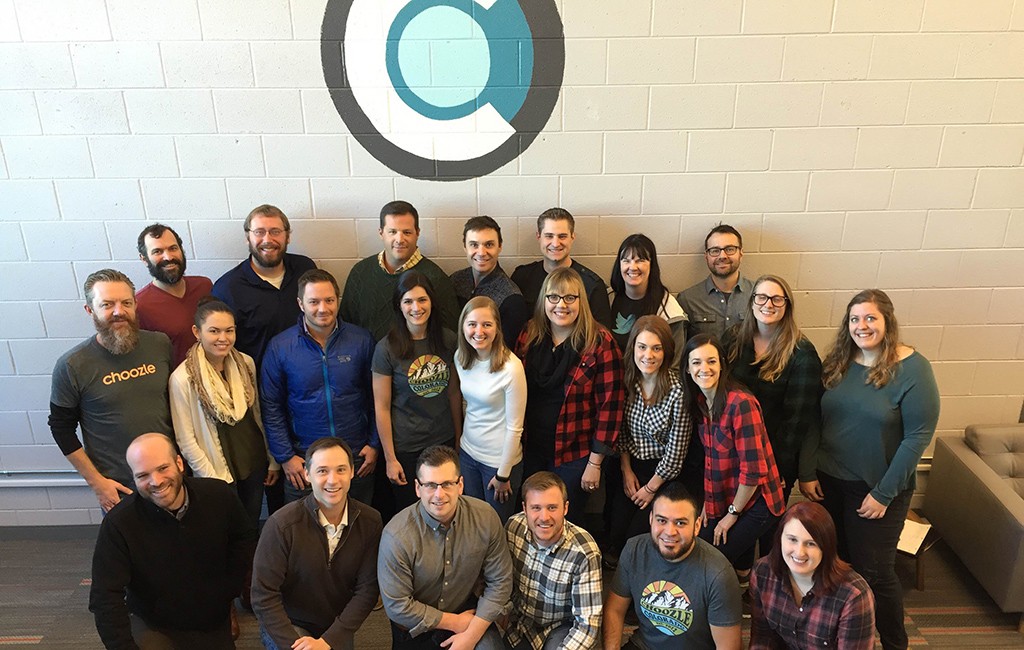 The Choozle team in its office at 2245 Curtis St. near Coors Field. (Courtesy Choozle)

An advertising technology firm has scored more than $2 million in fresh capital.

Choozle, which sells a web-based program to help ad agencies target customers for their clients over the internet and social media, has added $2.4 million in investments to expand its engineering marketing and sales teams.

This latest raise drives Choozle’s total venture funding to $8.6 million, according to SEC records. Among its current investors is Oaks Venture Capital and the Gemini Group, said CEO Andrew Fischer.

Choozle sells ad agencies a program that helps match advertisements to customers. Fischer said Choozle’s product might tell a Toyota dealership how many of its website’s visitors drive Hondas, so the dealership can target those visitors with Toyota promotions. Or Choozle can sort a website’s visitors by factors like age, gender or location to direct ads to specific audiences.

Choozle works from an office at 2245 Curtis St. near Coors Field. The startup has brought on four new employees so far this year, driving its total workforce to 36. Fischer plans to expand to 52 employees by the end of 2017.

Fischer said the next time Choozle will like be looking for another round of investment in 2018.

Choozle is also looking to expand more in Europe. They currently have two employees in the United Kingdom, and will consider expanding to a physical office there depending on how quickly European business grows, said Fischer.

Fischer, who has a background in finance, moved to Colorado in 2008 from Los Angeles. In 2012, Fischer launched Choozle with co-founder Jeffrey Finch. Their plan was to create a customizable way for agencies to make better ads and target people more effectively.

“When we surveyed the market, we did not think there was a good easy-to-use platform,” said Fischer.

Choozle sells different packages of licenses ranging from $99 to $1,999 per month. Approximately 80 percent of its revenues come from sales made to ad agencies. The other 20 percent of revenue comes from direct sales to smaller companies that run their campaigns without an outside agency.

With more than 250 ad agencies that are serving on average four individual advertisers, Fischer said Choozle has a hand in approximately 1,000 ad campaigns. 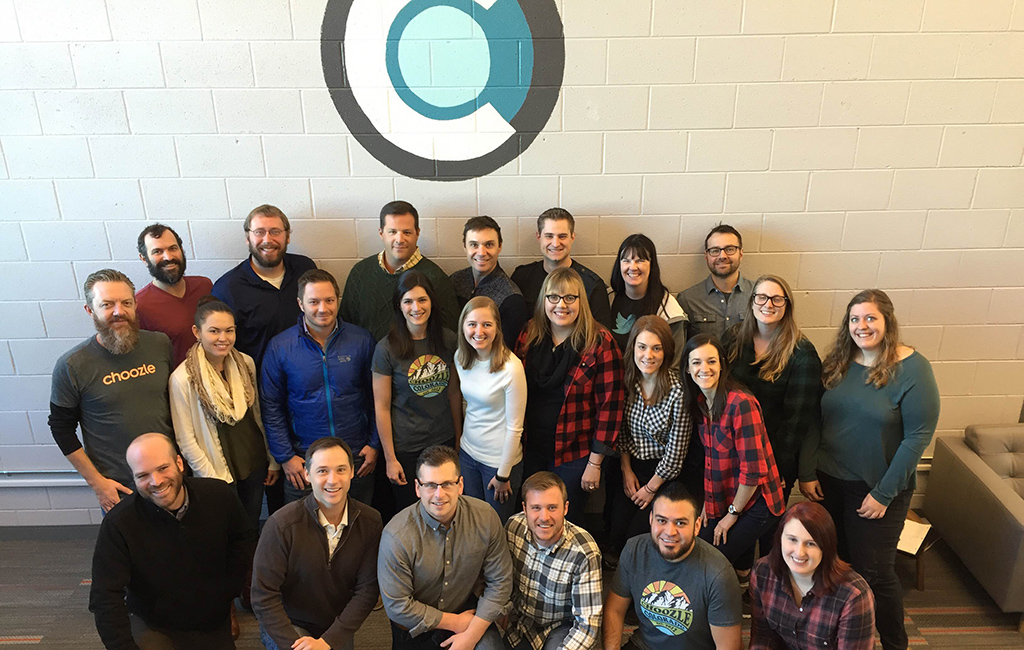 The Choozle team in its office at 2245 Curtis St. near Coors Field. (Courtesy Choozle)

A web-based firm that targets digital customers for ad agencies added $2.4 million to expand its engineering marketing and sales teams.