Ready to roll into three more cities in 2017, a startup that sends a Prius to deliver less-urgent medical care has refueled with a $3.7 million capital raise.

Dispatch Health cars staffed by a nurse and EMT can treat minor injuries and illnesses that often lead patients to unnecessary trips to the emergency room, like a bloody nose, the flu or a small laceration.

The startup owns and operates a four-car fleet in the Denver metro area. That could soon change: Co-founder Mark Prather, 49, a former emergency room doctor, said the business is using its latest raise to expand into three more undisclosed metropolitan areas this year.

“The service has been well received and the timing of this is right,” he said.

The funding round, disclosed in an SEC filing Jan. 4, brings Dispatch Health’s total funding to $7.3 million since its wheels first hit the road in 2013. Prather said the startup plans to close a Series A round this year. 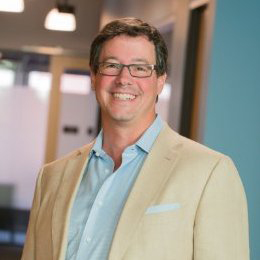 Dispatch Health relies on third parties like hospital systems and caretakers for the elderly to forward non-life-threatening calls to its vehicles, which are stocked with medical equipment such as an EKG, IVs and medications.

For example, a nursing home might give a resident with a cold the option to order a Dispatch Health visit, rather than call 9-1-,1 for an ambulance transport to the hospital.

Dispatch Health then calls the patient to make sure their situation isn’t better served by an ambulance. The service also isn’t meant to be an alternative to primary care.

The business, which Prather co-founded after managing emergency medical staffing businesses, aims to deliver many of the less-urgent services as an ER, but with shorter wait times and lower out-of-pocket costs.

One key cost saving comes from lowering overhead, Prather said: while a full-service ER needs to have specialists like a neurologist on call, Dispatch Health sends out an EMT and a nurse, who can get in touch with an off-site ER doctor if needed.

Dispatch Health is covered by most private insurers in Colorado as well as Medicaid and Medicare, Prather said. Uninsured patients pay a flat fee of $225.

He said the business is not yet cash flow positive, but is confident the model is scalable, as operating expenses come in lower than operating revenue.

The startup is headquartered at Taxi in RiNo.

Ready to roll into three more cities in 2017, a startup that sends a Prius to deliver less-urgent medical care has refueled with a $3.7 million capital raise.