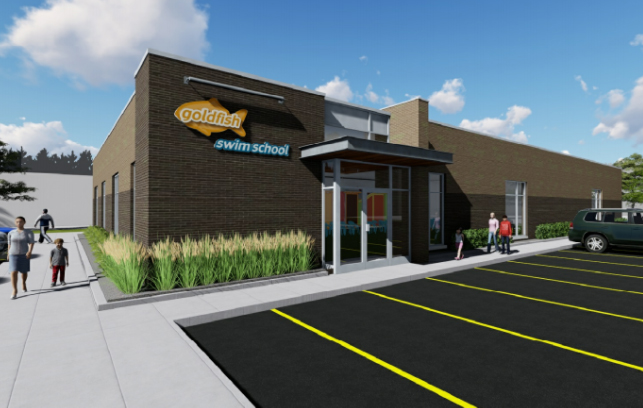 After eight years watching young families like theirs flood Stapleton, a local couple is building a $4 million indoor pool to teach kids as young as 4 months old how to swim.

“The idea originated because I was frustrated with the lessons my (then 2-year-old child) was getting,” said Amy Turner, 38.

Where she grew up in Michigan, Turner knew a local franchise called Goldfish Swim School. But in Denver, she and husband Patrick Turner, 40, discovered the closest commercial swim school felt pretty far away with traffic figured in.

So they decided to start their own Goldfish in Stapleton.

“We saw a niche in the market and a need that we didn’t think was being filled,” said Patrick, a recent MBA graduate from the University of Colorado Denver.

The couple broke ground on their freestanding, 9,000-square-foot swim school at 9119 E. 50th Ave. last week, which puts them on track to open this summer. 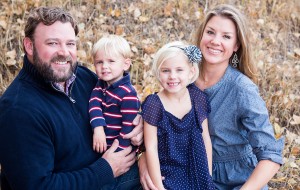 Patrick and Amy Turner with their two children. (Courtesy Goldfish)

They said construction and land acquisition will cost $4 million altogether. Turner Investment Holdings LLC, where Patrick Turner is a registered agent, received a $3.1 million SBA loan to cover part of those costs. Hive Construction is the general contractor.

The center will have a 75-by-25-foot pool, lined with an edge where swimmers-in-training can rest and dotted with platforms in the middle of the water.

Amy Turner said it could host 10 swimming lessons simultaneously and could accommodate several thousand members a month. Swimmers will have the option to pay a to-be-determined monthly membership fee or pay per session.

The couple isn’t totally jumping into the entrepreneurial deep end. Both are keeping their day jobs: Amy as the principal of Spartan Defeasance, a commercial real estate consulting business she started, and Patrick at Iron Mountain  Information Management. They brought on Patrick’s sister to manage Goldfish day-to-day as general manager.

Goldfish will need to hire up to 20 instructors to get started, Patrick said. But if the concept goes as swimmingly as the couple hopes, expect to see more Goldfish around town. “Ideally, we would like to have a couple more locations,” he said.

After eight years watching young families like theirs flood Stapleton, a local couple is building a $4 million indoor pool to teach kids as young as 4 months old how to swim.