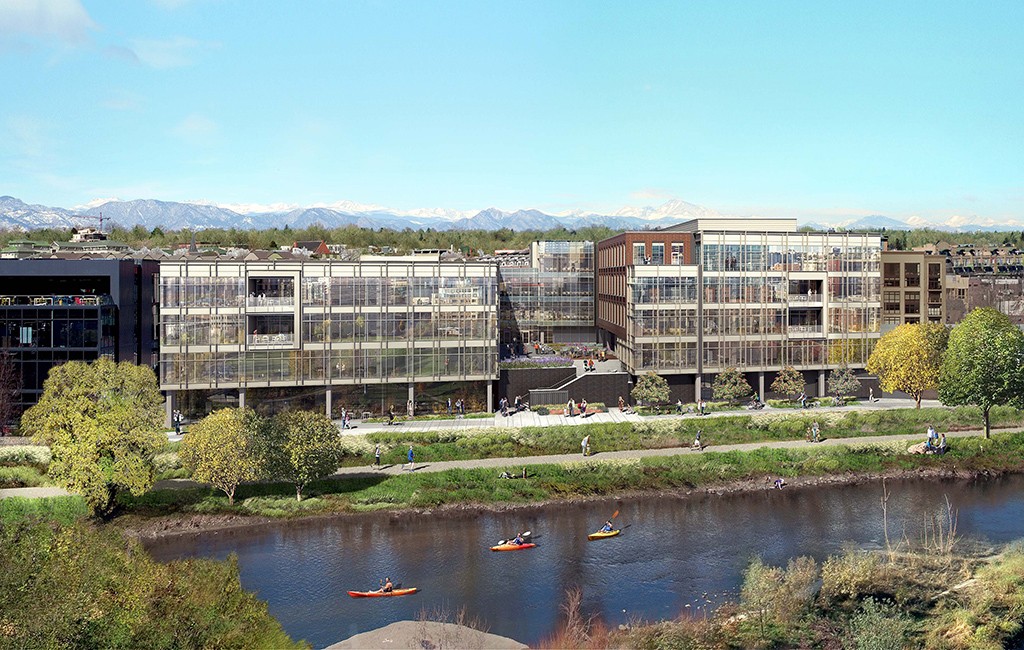 BP announced Friday it will open a new office for its Lower 48 onshore business operations at an 86,000-square-foot office space it leased on Platte Street.

“We’re under construction with our two-story parking garage, the hole has been excavated and shored and we have columns and caissons in,” Mosher said. “We’re starting to come out of the ground. And having a lead tenant with that credit taking 40 percent of the building is great.”

BP will take the fourth and fifth floors of the five-story Riverview building and nab a small office on the first floor.

Mosher said serious negotiations started a couple of months ago, after Trammell Crow and BP exchanged letters of intent. At that time, he said, BP seemed to have settled on Denver for their new headquarters but had looked at a few other buildings downtown.

“They toured the site with our broker and walked up and down Platte Street,” Mosher said. “They really like the building design, they liked Platte Street and being on the river, and they liked the views and the access.” 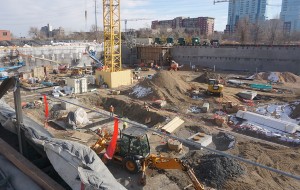 A two-story parking deck is under construction at the Platte Street site. (Burl Rolett)

“We’d be happy to have somebody take all of the rest of it,” Mosher said. “But I suspect it will be a multi-tenant lease up, ideally we would have a tenant on the north wing and the south wing of the second floor, and one tenant for the third.”

Tryba Architects designed Riverview. The building will have a brick façade on the Platte Street side to blend in with the rest of the street, and glass curtain walls facing the river. Saunders Construction is the general contractor.

BP picked Denver to get closer to its operations in the Rocky Mountain regions, the company said in a press release. Some employees from its Houston office will relocate to Denver. 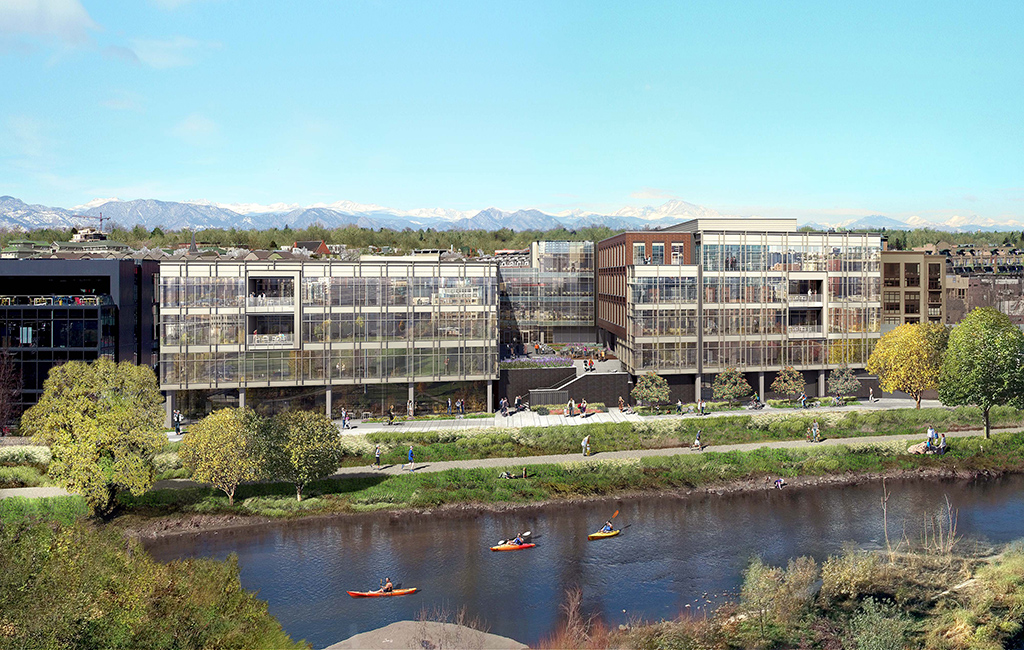