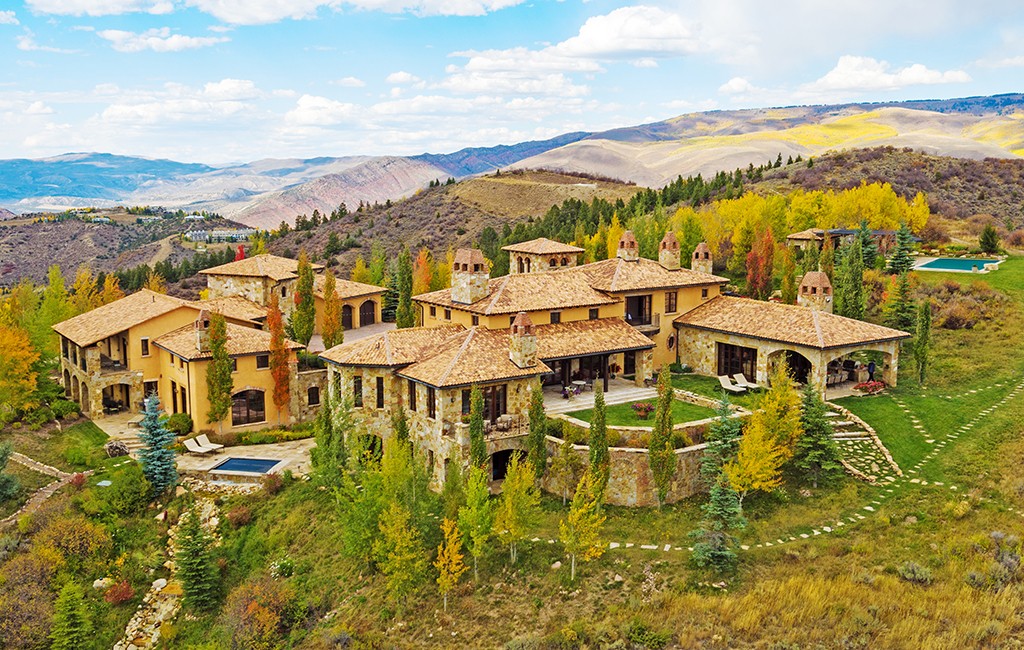 The Il Podere estate at 1548 Via La Favorita in Edwards. (Courtesy LIV Sotheby’s)

The man who built Thomas the Tank Engine into a toy empire is selling his custom-built Vail Valley estate for $21.85 million.

It’s a hefty eight-figure price, but a bargain compared to the $29.5 million the mansion listed for when it last hit the market about 20 months ago.

Dick Rothkopf, who owns the Eagle County estate, made his fortune by selling Thomas the Tank Engine toys and other goodies that have become a staple of childhood playrooms.

The sprawling 142-acre homestead – which he built atop a peak that visitors approach on a 1.5–mile road climbing 700 feet – would dwarf a lifestyle recreation of even the most ambitious dollhouse.

Its main residence has seven bedrooms and 10 bathrooms across 14,000 square feet – not including garages, a caretaker’s house and a barn.

Rothkopf and his family discovered the view from their future dream home while hiking, before there was a road to reach it by car.

“We couldn’t believe that there was this much land that close to Beaver Creek and Vail,” he said in a phone interview. “To our knowledge, there’s no other place of this size that is that close to the ski resorts.” 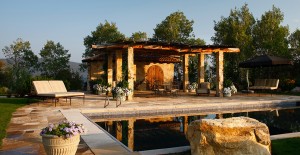 A pool and hot tub look over the Vail mountains. (LIV Sotheby’s)

But when a developer looking to build 44 houses around the peak backed out, Rothkopf bought the acreage and built a road to the summit himself. Crews led by builder Joseph Abbott finished construction on the house in 2008.

The property at 1548 Via La Favorita in Edwards, called Il Podere in a nod to the hilltop houses in Italy that inspired its architecture, is designed to accommodate three generations of family members. Since Rothkopf’s children both moved to California, the family has decided to sell it instead.

Malia Cox Nobrega and Barbara Scrivens of LIV Sotheby’s International Real Estate have the listing, which includes most of its furnishings and officially hits the market on Sunday. It was last listed by Douglas Elliman Real Estate for $29.5 million in April 2015, according to a Wall Street Journal story.

The house, designed by resort architect Gordon Pierce, comes with many amenities suited for a vacation destination.

A wood-lined sauna and steam shower awaits guests who use the exercise facilities. The home theater seats 10 people in reclining chairs, the wine cellar can stow 1,200 bottles and there are two basketball courts on the property, one inside and one outdoors.

Rothkopf is fond of the kitchen and fireplace area, where he said the family spends much of their time, sometimes “with a glass of wine in hand.” 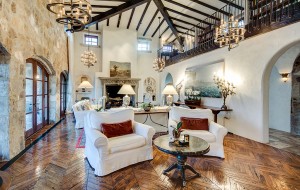 In another cozy nook, visitors press a button to enter a hidden gambling room with a poker table, a bar and ventilation to clear the air of cigar smoke.

“We wanted to have a place where the older generations could get away from the grandchildren,” said Rothkopf. “You have to move a wall to get into it.”

Outside, the property boasts acres of private trails fit for hiking or riding an all-terrain vehicle. There is an on-site tennis court, heated pool and hot tub that overflows downhill to a waterfall.

Rothkopf co-founded Learning Curve Brands in 1993. The business manufactured wooden Thomas the Tank Engine trains for about a decade, licensing the characters from the book series written in the 1940s. Rothkopf later had a hand in Chuggington, a train-centric children’s show. 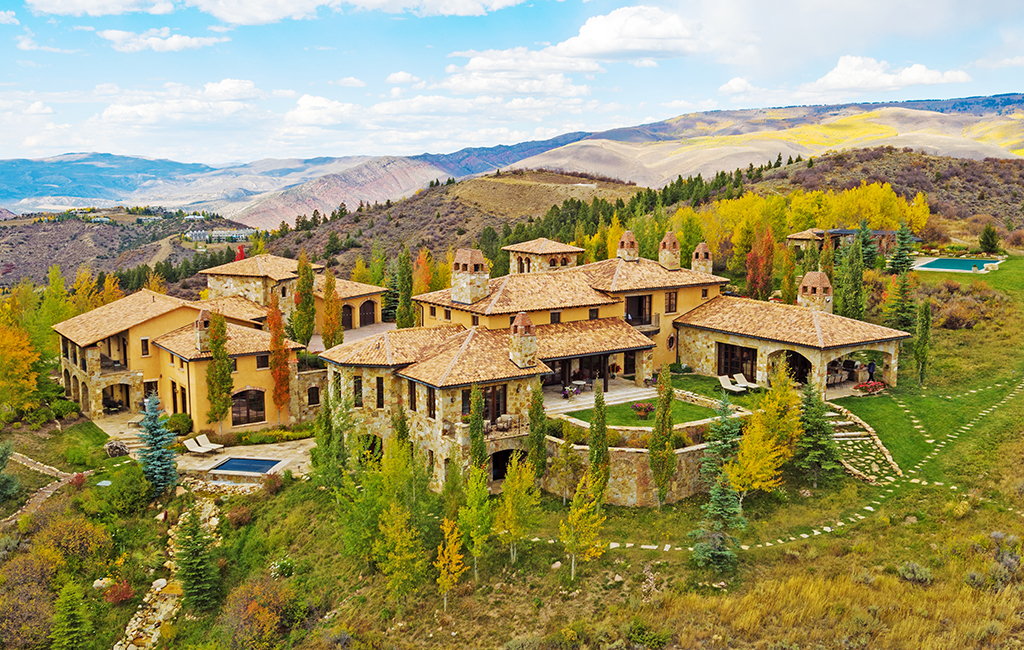 The Il Podere estate at 1548 Via La Favorita in Edwards. (Courtesy LIV Sotheby’s)

The man who built Thomas the Tank Engine into a toy empire is selling his custom-built, 142-acre Vail Valley estate.