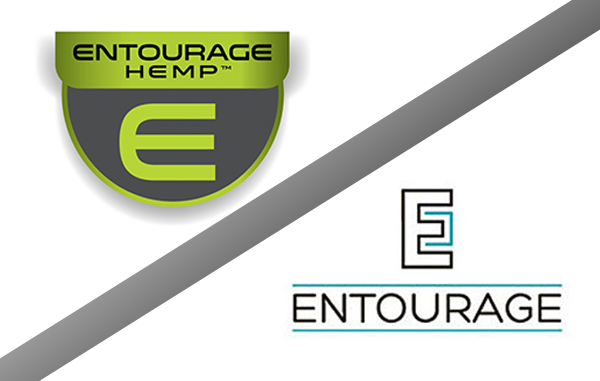 The maker of a local cannabis product called Entourage Hemp claims that a rival’s name is “beyond confusingly similar” to its own. Even lawyers have contacted the wrong Entourage, the suit claims.

The Aurora startup is asking the court to force Entourage Nutritional Distributor to drop the entourage and for damages for its troubles. Denver attorney Jeffrey H. Kass filed the case for Cannoid.

“Instead of ramping down use of ‘Entourage,’ they ramped it up,” Kass said.

Cannoid alleges that it had been marketing products under the name Entourage for two years before its rival started using that name in May. 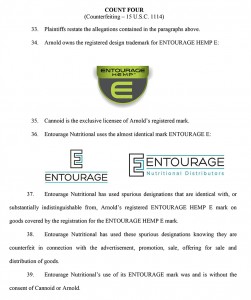 Bill Arnold founded Cannoid, the holding company for consumer cannabis and industrial hemp brands including Entourage, in 2013. Arnold did not return an email seeking comment.

Cannoid’s CBD-based hemp oil gel capsules and liquid hemp oils went to market under the Entourage brand name in 2014, according to court documents.

In January 2016, Arnold filed a pair of trademark applications, one on the design for a logo, Entourage Hemp E, and a second on a phrase, Entourage Hemp.

In its complaint, Cannoid says Entourage Nutritional ignored a cease-and-desist letter six months ago, and has instead continued using the name Entourage and a logo with a prominent letter E.

The opposer, Whole Hemp Company, shares an address with Entourage Nutritional and claims that Arnold cannot trademark the word entourage because it is a descriptor referring to “the entourage effect of the marijuana plant.”

Pending the civil dispute in U.S. district court, Cannoid has asked the U.S. Patent and Trademark Office to suspend the trademark opposition by Whole Hemp, which does business under the name Folium Biosciences.

The maker of a local cannabis product called Entourage Hemp claims that a rival’s name is “beyond confusingly similar” to its own. Even lawyers have contacted the wrong Entourage, the suit claims.

The maker of a local cannabis product claims that a rival's name is "beyond confusingly similar" to its own, and that even lawyers have contacted the wrong Entourage.