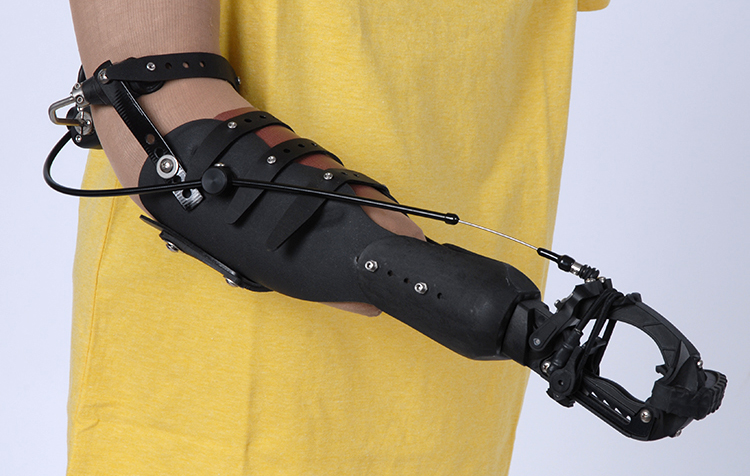 The inventor of a more affordable prosthetic arm has grabbed a pair of patents.

Bradley Veatch founded ToughWare Prosthetics in 2010, but his fascination with artificial limbs goes back to childhood, when he would make hands and arms out of cardboard.

“I’ve been interested in prosthetics for as long as I can remember,” said Veatch, 50.

Veatch started designing ToughWare after a decade of making electronic prosthetics for an engineering company. Then, around 2005, he realized a fundamental economic truth.

“I created great, high-end, very expensive products,” he said, “that didn’t have a very big market.”

Veatch estimates at most 220,000 people in the United States need prosthetic limbs. And of the millions that could be using them outside the U.S. – anywhere from 2.5 million people to 22 million – only a few can afford an electronic arm that starts at $100,000.

But Veatch had a hunch that he could make cable-operated prosthetic arms, which can sell for around $20,000, more cheaply using engineering design software and modern manufacturing techniques.

Today, a complete ToughWare system comes in at $2,500 or less.

That price puts them within grasp for amputees in places like Haiti. And Veatch said the design, made to be hardy enough for water sports like scuba-diving, is also popular with veterans.

“Everything that we do, we test a lot on actual amputees,” Veatch said.

ToughWare cups around the wearer’s elbow and attaches to a harness the amputee wraps around her opposite shoulder and arm. The hand attachment is usually a hook or a gripper. Each component can be purchased individually. 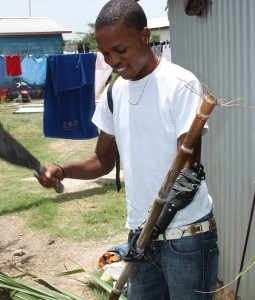 One of the patents issued on Oct. 25 covers a gripper that lets an amputee grasp something voluntarily (using her arm and back muscles) or to lock the grasp closed (so those muscles can relax). Typically, amputees need a different attachment for each of those functions.

ToughWare receives some research funding from government contracts. Veatch said he reinvests profits from the firm’s sales, which accounted for $100,000 in revenue last year, into new product development.

Working out of a home office in Westminster, Veatch coordinates fabrication on the Front Range at shops that include Rocky Mountain Waterjet in Greeley and DMAC Machining in Broomfield.

From there, Veatch finds consumers by networking with prosthetists, specialists that fit a device to an amputee’s body, as well as reaching out to veterans groups and trade conferences.

Finding prosthetics customers outside the U.S. is a moving target, Veatch said, as unseen market forces shift aid dollars from one developing country to another.