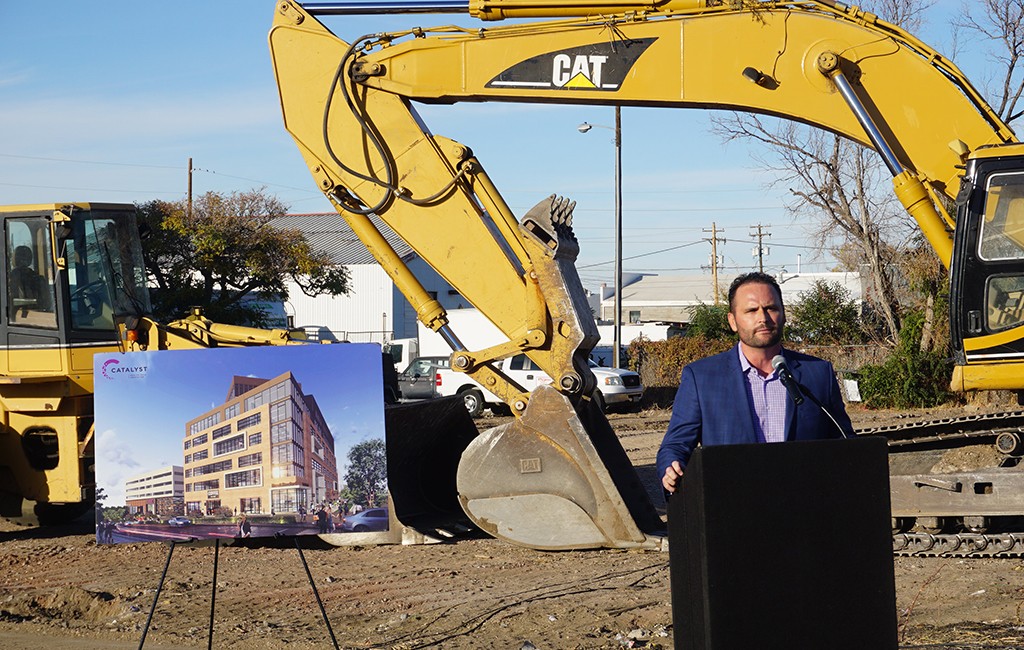 Mike Biselli speaks at the groundbreaking ceremony for the Catalyst building at the corner of 35th and Brighton. (Burl Rolett)

A $50 million healthcare-focused office building is underway in RiNo.

Mike Biselli, Koelbel & Co. and Larry Burgess have started work at the Catalyst development at 35th Street and Brighton Boulevard. It’s a planned 180,000-square-foot office and retail building with a rooftop deck, community kitchen and event center that the team hopes to open in early 2018.

The new office building will sit at the corner of 35th and Brighton, with a parking garage on the other side of the block facing Delgany Street.

The office space is about 40 percent pre-leased between 10 tenants, the developers said. Dean Koelbel, one of the project’s co-developers, said the largest tenants signed on are Medical Group Management Association and Hitachi Consulting at about 6,000 square feet. 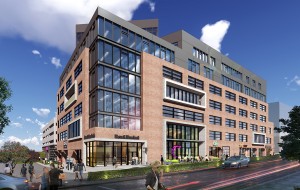 A rendering of the planned 180,000-square-foot office and retail building.

Biselli also announced Thursday that healthcare startup investment network AngelMD has been added to the tenant roster. That firm will take about 3,000 square feet. Biselli also listed off several other firms who have signed on to work out of a coworking space at Catalyst.

Burgess brought the land to the table for the Catalyst deal. He started buying property along Brighton Boulevard in the 1960s, and owned the majority of the block bounded by 35th, Delgany, 36th and Brighton. He remains in the deal as an equity partner.

Beck Group handled the design work and is the project’s general contractor. The building is scheduled to open in early 2018. 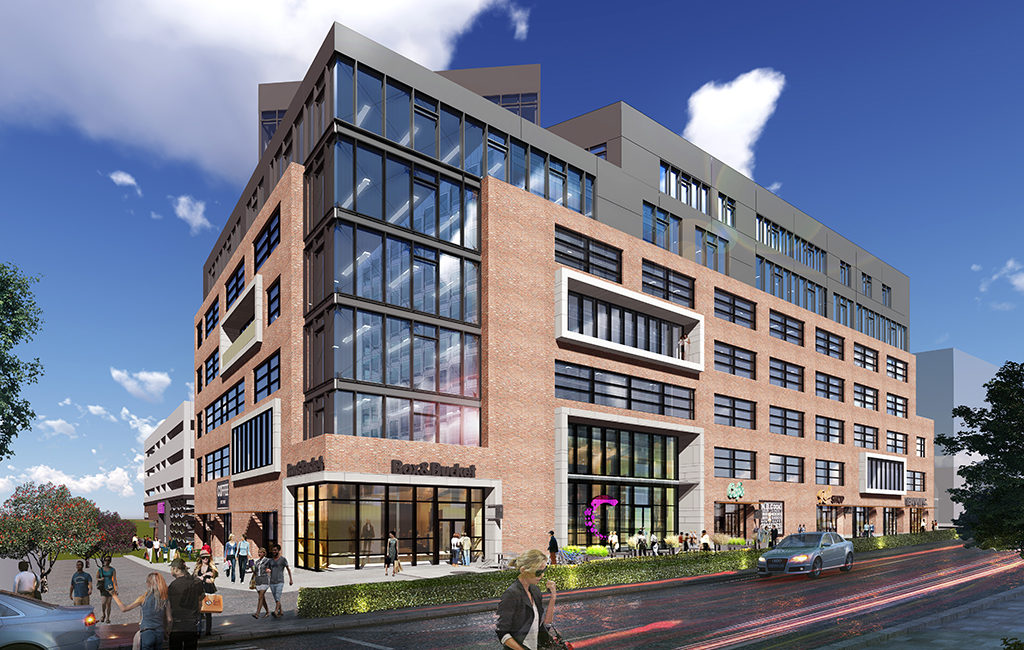