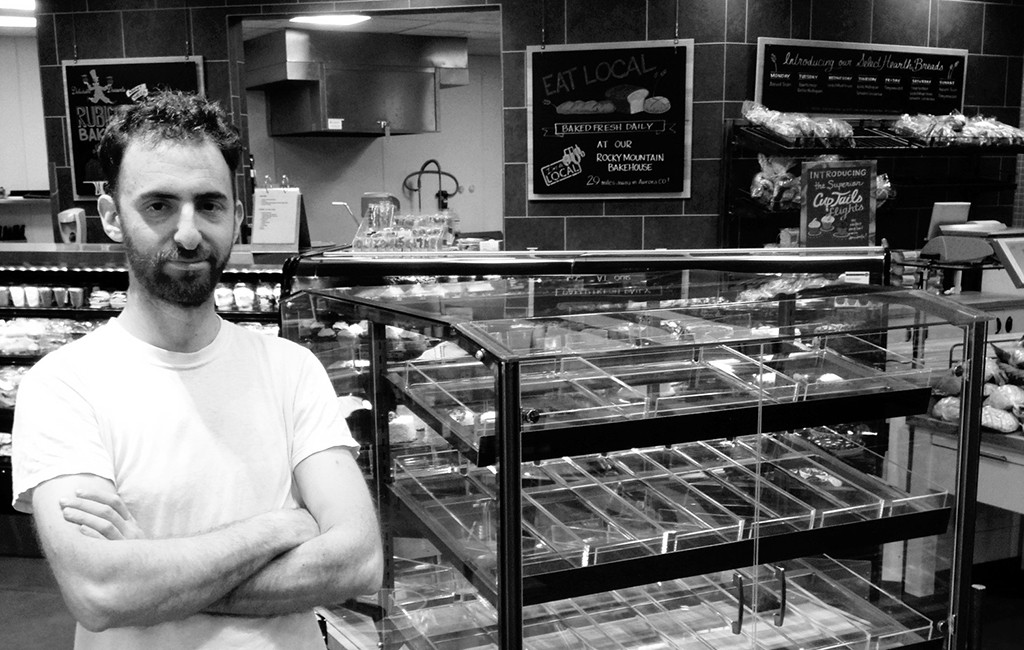 Aaron Holtzer stands next to a Holtz display case at a grocery store. (Courtesy Holtz)

Craving more shelf space, a local furniture maker that makes crates, tables and signs for grocery stores is building a new warehouse in Montbello with help from a $1.2 million Small Business Administration loan.

At the end of September, Holtz landed an SBA loan to help finance the construction of a 22,000-square-foot warehouse, a space double the size of Holtz Custom’s current headquarters at 38th and York.

“More space means more production,” said Holtz, who oversees a staff of six. “We’re not trying to grow too big, but we’re definitely outgrowing the space we have now.”

“There’s not a lot of bare land left in Denver,” he said. “I only had three spots to choose from that were in the right price range.”

Chip McReynolds of Vista Commercial Advisors represented Holtz Industries, the LLC that owns the property, in the transaction.

The next step is to finish the permitting process and break ground. Holtz has hired Colorado Urban Builders to design and build the single-level structure, which will have 20-foot ceilings from floor to eaves. Holtz is targeting a March 2017 move-in.

While an undergraduate at Colorado State University, Holtz began to stretch canvasses for painting students. Around 2007, he formed his business, expanding to make furniture for customers’ homes.

In 2010, Holtz landed his first order from Whole Foods for chalk board signs. The business grew by word of mouth from there: colleagues would take jobs at a different grocery stores and recommend Holtz to design and build new fixtures.

Holtz says nearly every table and cart that isn’t bolted down is made by his company, among them a case to buy cookies and pastries by the pound.

About 70 percent of business comes from grocery store clients, with the rest consisting of projects for restaurants and homes. Holtz has made a curved lounge chair with two-toned wooden slats, custom shelves to fit under a peaked roof and a pair of metal gates, among other pieces.

But those jobs usually start when a customer sees Holtz furniture at a store, he said. The shopper might pick pastries and cheeses off a Holtz Custom table – and leave craving the table instead. 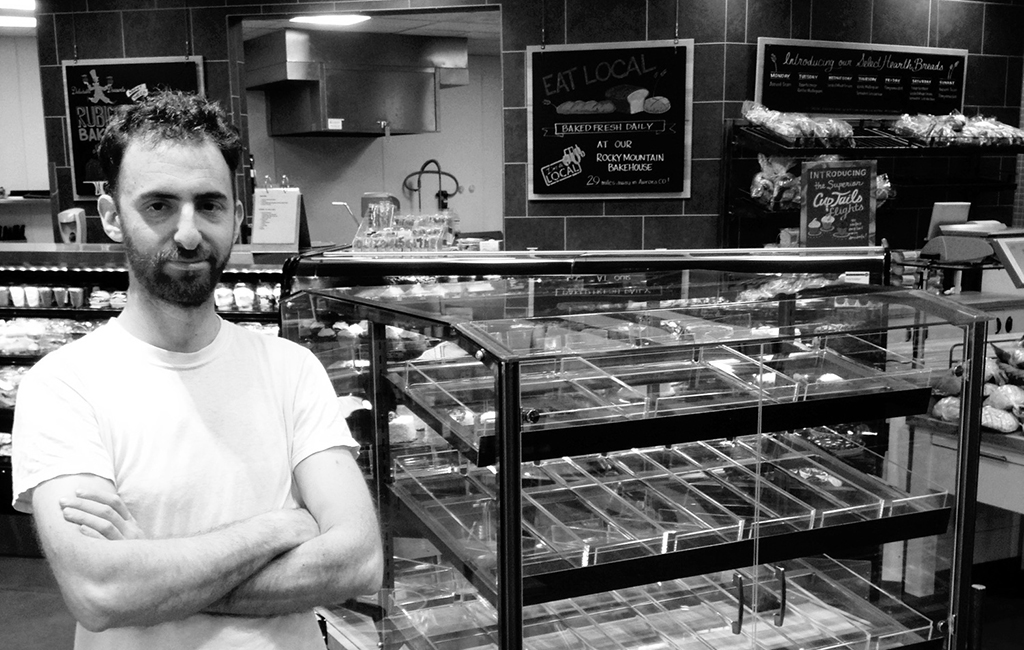