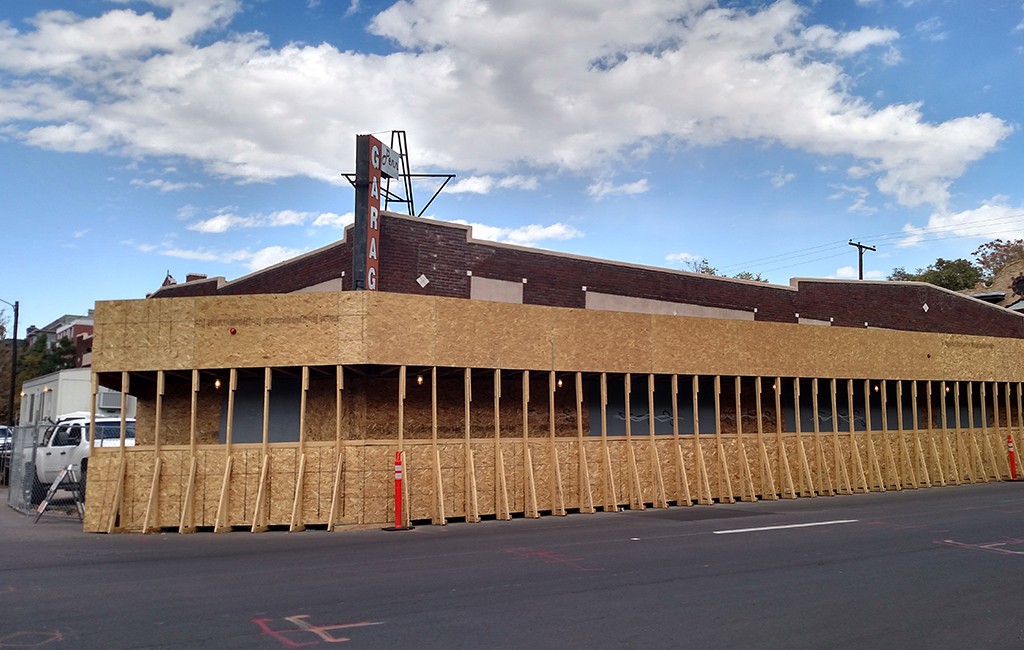 Construction is underway at the former Penn Garage, to create 29 condos on Ogden Street. (Burl Rolett)

The developer behind a Capitol Hill condo project is ready to punch the accelerator.

Construction is underway at the former Penn Garage, which is getting turned into four floors of condos at the site of a former service center. Chris Lonigro of Generation Development said the plan is to add 29 condos for sale from the high $300,000’s up to million-dollar penthouses.

“Cap Hill is one of the most dense neighborhoods outside of the CBD, and the beauty of this project is we’ll appeal to a wide mix,” he said. “We really feel it will appeal to single buyers, dual-income buyers, as well as people who are downsizing and looking for second homes.”

Lonigro bought the 90-year-old garage on about a third of an acre last year for $2 million. He said the development will cost $13 million. Abatement started at the garage last summer, and he hopes to finish the project by early next fall.

Plans call for a mix of one-, two-, and three-bedroom for-sale condominiums. The biggest units will hit 2,400 square feet with prices around $1 million.

Lonigro said the Ogden Street project was an enticing opportunity because it’s tough to find places to build in Capitol Hill – there’s little untouched land, and the neighborhood is already filled with apartment buildings that do too well to justify redeveloping.

“Zoning doesn’t allow for a lot of increased density because it is already so dense,” Lonigro said. “And existing buildings in Cap Hill already have a lot of value, so it doesn’t make sense to tear one down because you can’t build anything bigger or better.”

And while he’s wary of the construction defects liability that has kept many potential condo developers out of the market, he said the imbalance between demand for new for-sale homes and the supply of condominiums is part of the reason Ogden Flats is an attractive project.

“There’s some demand in the market and we feel confident, looking at the handful of other projects out there, that we can deliver a good product for the market,” he said. “Unfortunately, I feel like the way the laws are, even if you do a good job it doesn’t necessarily keep you out of trouble. But we’re going to give it our best shot.”

Range Design is the architect on the Ogden Flats project. That’s the same group that designed Lonigro’s previous developments: the LoHi Flats at 2640 North Central Court and its Clay\28th project at 2752 Clay St. Bristlecone Construction will be the general contractor.

The Penn Garage business has moved out the 13th and Ogden spot for a new base of operations at 5745 Independence St. in Arvada.

That company was founded nearly 70 years ago at a garage a few blocks over from Lonigro’s building at 13th Avenue and Pennsylvania Street. After it moved to 13th and Ogden, the original Penn Garage was also redeveloped into condominiums. That building also houses Pablo’s Coffee and sandwich shop Subculture on the ground floor.

Lonigro said zoning won’t allow any retail space at 13th Avenue and Ogden Street. But the building certainly won’t be short on parking. Ogden Flats will have 43 parking spaces for its 29 units at the same spot where Penn Garage used to tune cars.

“The existing building, that whole ground level will become the lot,” he said. “So that’s a nice kind of adaptive reuse that we’re pretty proud of and will make for a pretty efficient layout.” 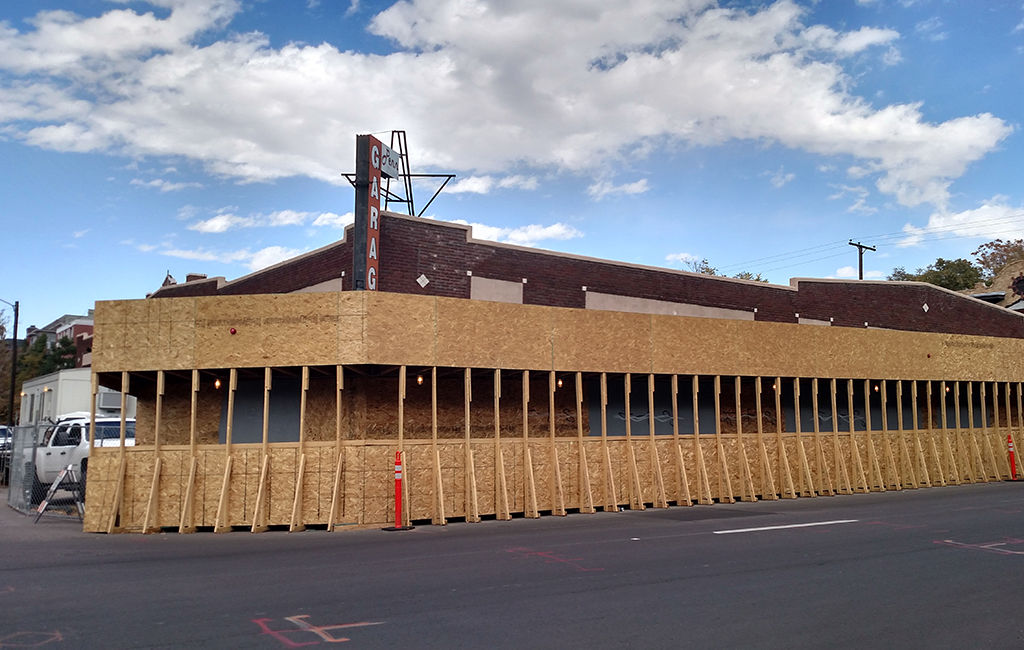