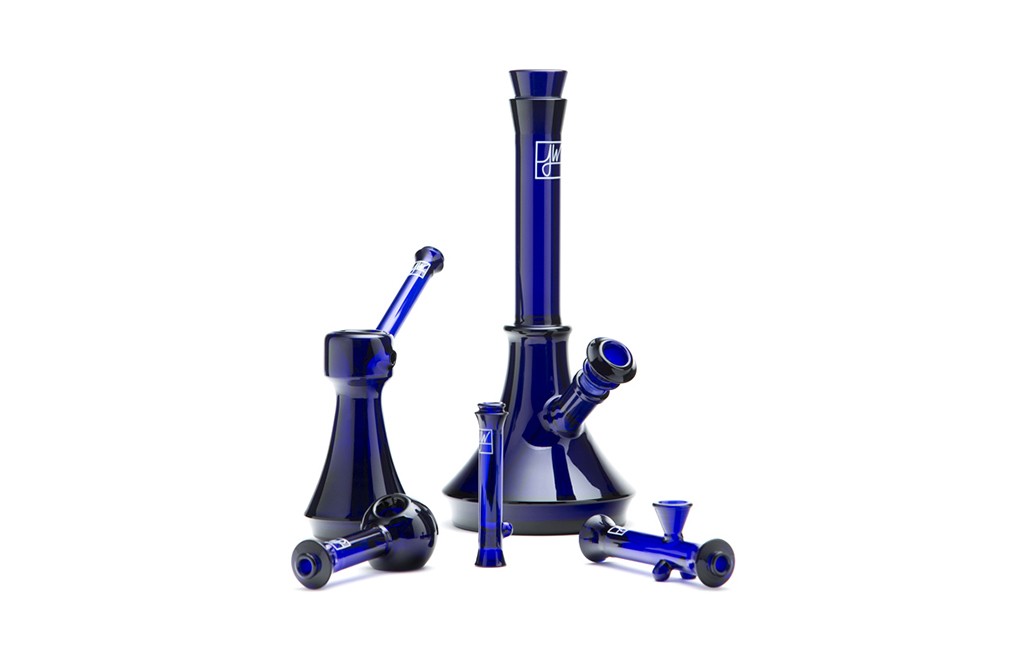 The line, called the Jane West Collection by GRAV, is being created in conjunction with Grav Labs, a Texas-based glass manufacturer. (Courtesy Grav Labs)

A cannabis firm once known for party planning is now producing its own line of glass pieces, thanks to a seven-figure raise.

Jane West, a Denver-based company founded by Amy Dannemiller that originally organized marijuana-themed dinner parties and other get-togethers, landed $1.2 million in new investments, according to a recent SEC filing.

The line, called the Jane West Collection by GRAV, is being created in conjunction with Grav Labs, a Texas-based glass manufacturer.

“Creating what I consider home goods for the legal lifestyle was my goal from the very beginning,” Dannemiller said. “I wanted my own line when I started the event planning business, and I feel now is the right time to build this side of the business as the legal lifestyle has expanded.”

Five glass pieces are being manufactured, including a tabletop piece, a spoon pipe and a one-hit taster. The products will be available for sale Nov. 1 on Jane West’s website and at retailers beginning in 2017.

The merchandise will be produced in a cobalt blue, with additional colors planned for 2017. Jane West is also developing glass cleaners for its new line. Prices range from $50 to $200.

“These are products that you can use on-the-go, before dinner or before a yoga session,” Dannemiller said.

Jane West and its founder made headlines in 2014 when Dannemiller was asked to resign from her day job after appearing on a CNBC program about Colorado’s cannabis industry using a marijuana vaporizer. Since then, she has hired four employees and looked for design collaborations while serving as executive director for Women Grow, a development organization for women in the cannabis business.

The event planning has taken a back seat, though. Dannemiller said a SWAT Team raided a brunch she organized in April of 2014, which caused her to focus elsewhere.

Both the latest funding from a collection of investors and some of Jane West’s seed money, which Dannemiller said came from a New York-based investor, was used for research and development, creating the pipes’ molds and design work.

The line, called the Jane West Collection by GRAV, is being created in conjunction with Grav Labs, a Texas-based glass manufacturer. (Courtesy Grav Labs)

Thanks to a seven-figure raise, a cannabis firm once known for party planning is now producing its own line of glass pieces, which the owner considers "home goods for the legal lifestyle."