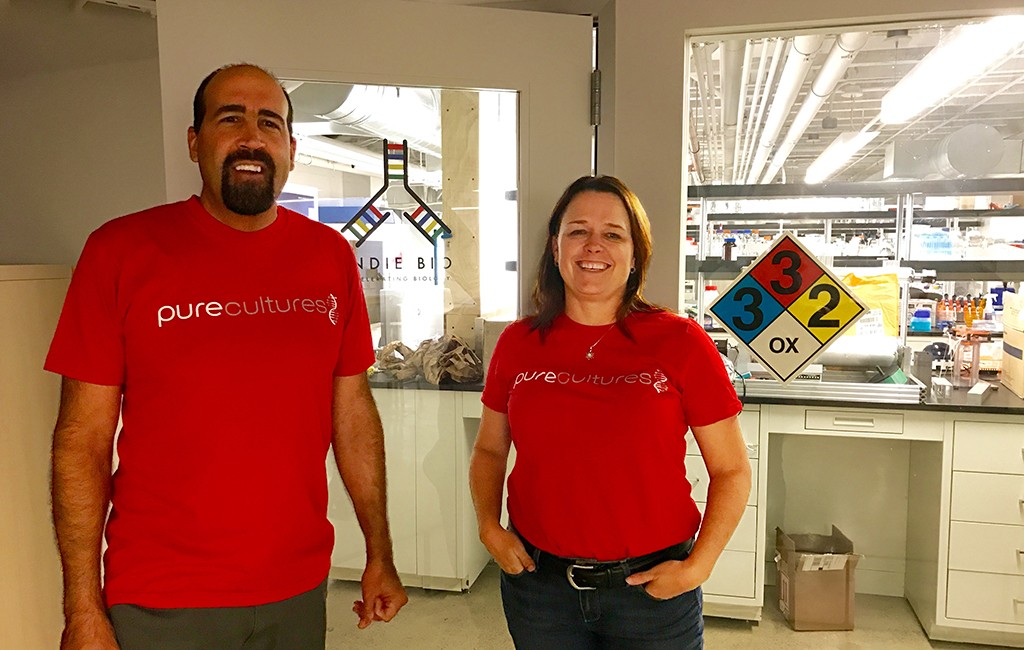 Colleen Kazemi has been a mentor at local accelerators like MergeLane and Boomtown. But when it came to her startup that develops bacteria called Pure Cultures, those programs didn’t feel like the right medium to grow.

“They’re pretty heavily technology-focused,” she said, with the biggest emphasis on software.

So Colleen found a strain of accelerator for companies like hers. Pure Cultures has just kicked off a four-month stint at IndieBio, a 4-year-old accelerator for biotech startups in San Francisco. IndieBio includes mentoring as well as an upfront cash investment of $50,000 plus the costs of the program.

For Colleen, who co-founded Pure Cultures in 2013 with husband Steve Kazemi, IndieBio has the investors and collaborators (corporations or research institutions) to run larger studies testing the benefits of her startup’s probiotic bacteria strains.

“What we really want to do is prove out the benefits of probiotics and metabolites,” a byproduct of bacteria that helps them to grow, Colleen said.

Colleen and Steve started Pure Cultures in the hopes of developing probiotics – products that encourage bacteria to grow in the digestive system – for humans to eat and drink. Steve, a chemist with experience developing strains with certain qualities and then finding efficient ways to produce them, built Pure Cultures first fermentation facility off of Interstate 70 and Monaco Parkway.

The company has since shifted to making probiotics for animals. Commercial farms often use antibiotics to promote growth in livestock, but the rise of antibiotic resistant bacteria have moved consumers and lawmakers to put pressure on farmers to cut back.

“Our objective is to reduce the use of antibiotics in our food chain,” Colleen said.

Pure Cultures closed its fermentation facility and now maintains a smaller lab in Federal Heights, where it develops bacteria strains tailored to specific animals, both livestock and pets. (It contracts with a company in Oregon to make its products in larger batches.)

In one study involving hundreds of chickens at McCauley Family Farm in Longmont, Pure Cultures found that chickens that drank “poultry kombucha” in their water gained weight and were more likely to live until they were mature enough for meat processing.

Research from studies not performed by Pure Cultures has linked probiotics to improving shell quality and stopping the growth of salmonella, Colleen said.

Pure Cultures can manufacture strains and sell them directly or through a distributor. Another model would be to license the strain to large customers with the ability to build its own fermentation capacity.

Kazemi said Pure Cultures has revenue, but is not yet profitable.

But the next step is to keep replicating. IndieBio is one avenue to find sponsors for larger studies. Funded by SOSV, a venture capital firm that invests through four accelerator programs, IndieBio participants exchange an eight percent equity stake in their businesses for access to an on-side laboratory, business advice and introductions to potential partners.

By Friday, the startup can opt to accept a $150,000 convertible note from SOSV – another rich medium to continue growing. 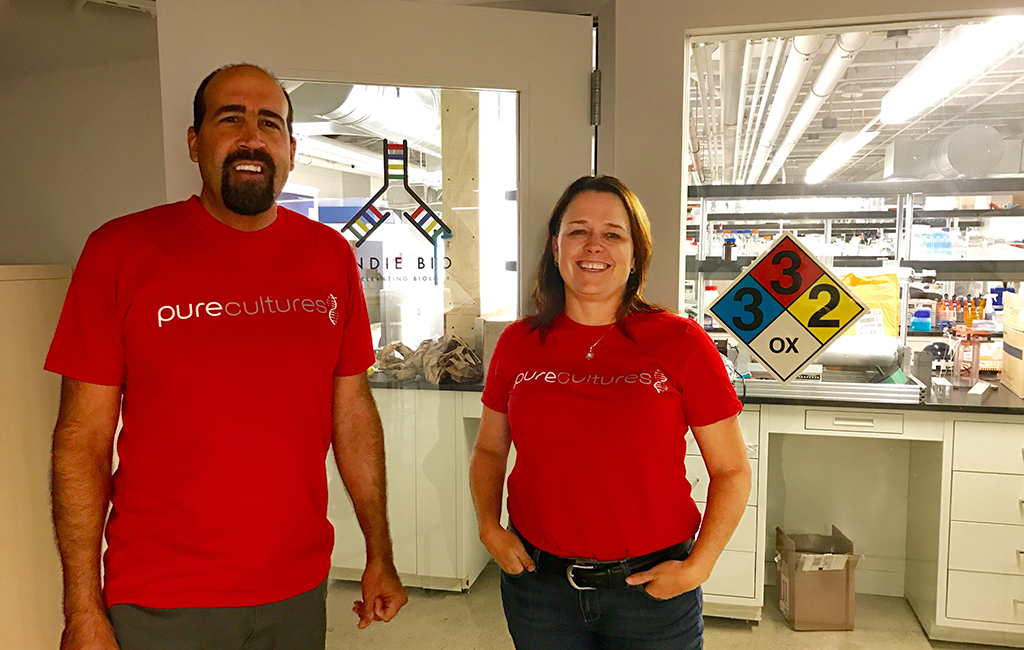 To find investors with a taste for its probiotic flavor, a biotech startup is spending four months in a San Francisco business accelerator.