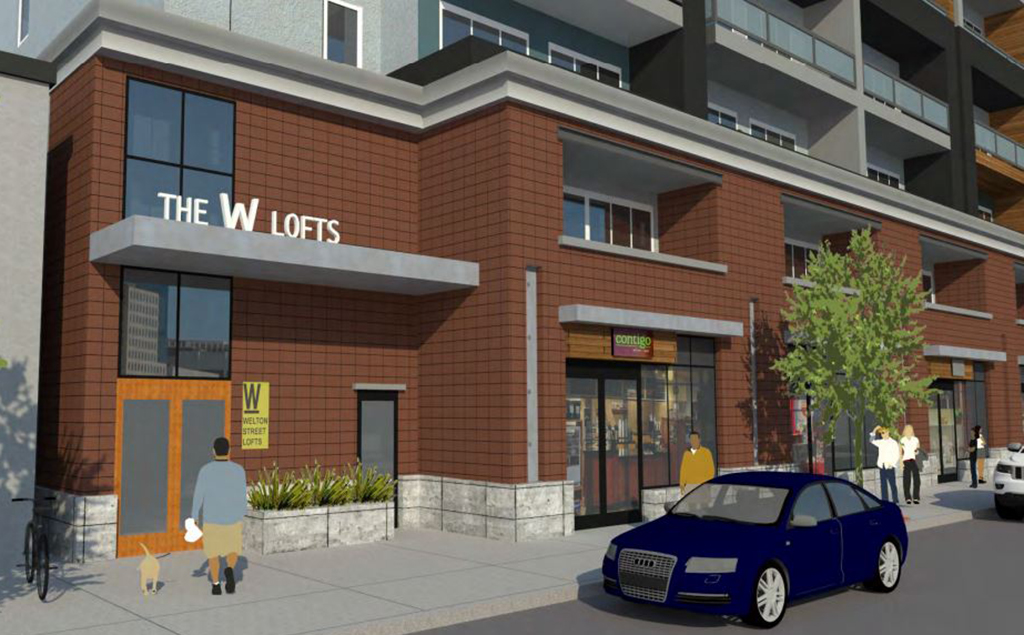 Boulder-based Markel Homes is working on a five-story multifamily project dubbed Welton Street Lofts on the 2800 block of the Five Points thoroughfare, according to plans submitted to the city’s Landmark Preservation Commission.

Markel has been working on this development since at least 2014, when it first came before the Landmark Preservation Commission staff. The new building would replace two small retail buildings and a pair of single-family homes on the site.

The Markel proposal adds momentum to a wave of development sweeping down Welton Street. Mega-apartment buildings are planned for nearly every block heading out of downtown, with smaller retail projects dotting the streets between 27th Street and the 30th and Downing station.

Including Markel’s plans, there are more than 1,100 new apartments planned or already under construction along Welton Street.

Markel did not return phone messages seeking comment on the project last week.