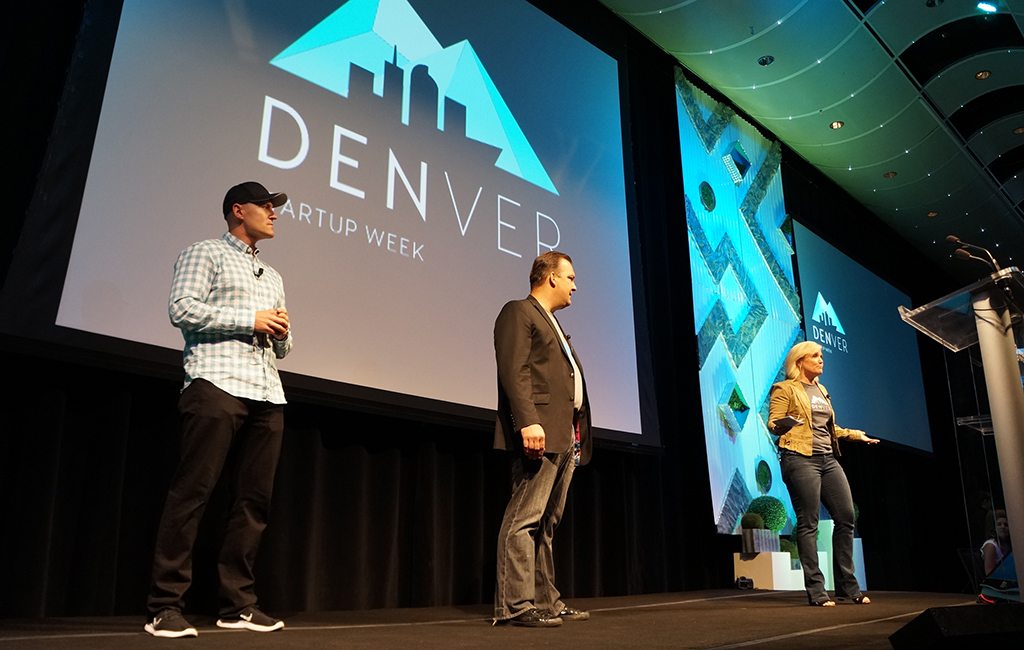 From left: Ben Deda, COO of Galvanize; Erik Mitisek, ‎executive director of Project X-ITE at UD and Chief Innovation Officer for the State of Colorado; and Tami Door, president and CEO of the Downtown Denver Partnership. (Amy DiPierro)

Denver Startup Week kicked off with a big number: $420 million in venture capital.

That’s the amount startups in downtown Denver raised from Aug. 1, 2015 to Sep. 1, 2016, according to the Downtown Denver Partnership’s annual startup report released at the Startup Week opening breakfast at the Denver Center for the Performing Arts.

But speakers at the breakfast also stressed that Denver has work to do if it wants to put its startup scene on the map nationwide.

Mayor Michael Hancock said cities including Minneapolis have more Fortune 500 companies than Denver. And not because they lure fully-formed enterprises to relocate. 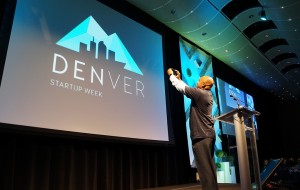 Mayor Michael Hancock takes a selfie with the crowd at a breakfast kicking off Denver Startup Week. (Amy DiPierro)

“They nurture and grow their startups and their small businesses and they create an ecosystem that says, ‘If you start here we want you stay here,’” Hancock said.

Colorado and Denver need to encourage startups in the same way, he added.

Startup Week’s organizers – Ben Deda of Galvanize, Erik Mitisek of the University of Denver, and Tami Door of the Downtown Denver Partnership – reminded the crowd that the festivities are not just a chance to network with neighbors, but also “make sure that the rest of the nation knows what’s going on,” as Door said.

“That gives us opportunities to attract even more entrepreneurs, potential partners, collaborators as well as investors,” Door said.

The Partnership defines downtown or “center city” as, roughly, the neighborhoods bound by Federal Boulevard between Sixth and West 38th on the west and Downing Street between the 38th & Blake station and Sixth Avenue on the east.

Other highlights from the Partnership’s report include: