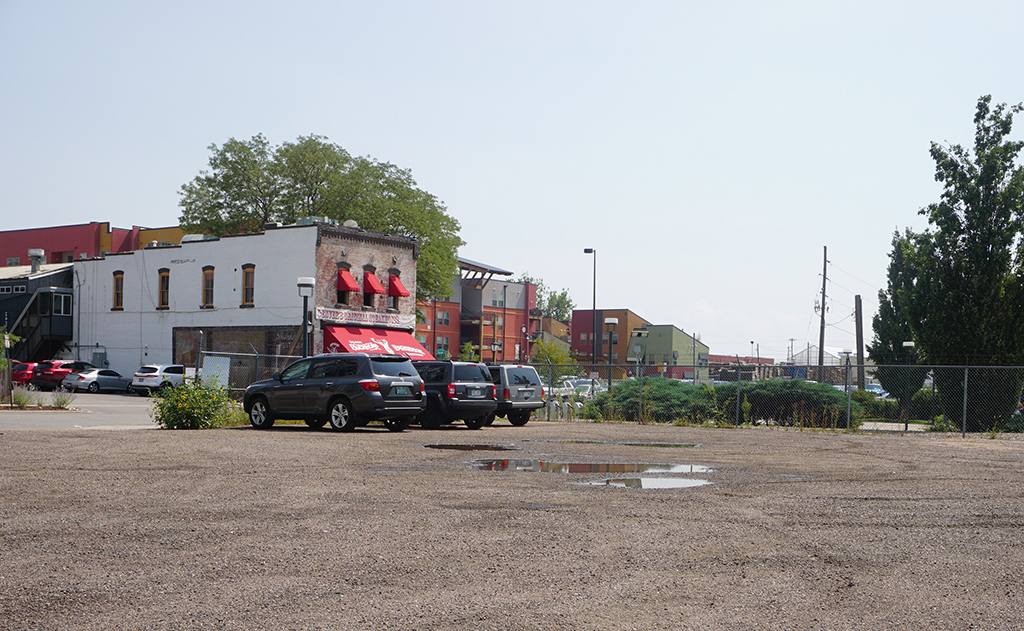 The new headquarter’s lot sits across from the Buckhorn Exchange restaurant and next to the 10th and Osage light rail station. (Burl Rolett)

The Denver Housing Authority has built more than 500 affordable housing units in a pocket of Lincoln Park called Mariposa.

Now it’s looking to move in itself.

DHA is planning to build itself a new 10-story headquarters building across from the Buckhorn Exchange restaurant and next to the 10th and Osage light rail station. The housing authority is still working on locking down funding, but could break ground as early as next summer.

“We’re now completing our seventh and eighth phases of housing, and continuing our investment in Mariposa to make it one of the best neighborhoods we can envision,” said Ryan Tobin, DHA’s real estate director. “[A Mariposa office] would make another connection between ourselves and our tenants.”

Shaw Construction is managing construction on the project after winning a design/build RFP in February. Last week, Davis Partnership won the design contract after a contest with at least two other architecture firms.

Shaw estimated construction costs at about $17.67 million in documents submitted to the DHA. Tobin hopes to fund that cost in part with the New Markets Tax Credit program. DHA has submitted an application for tax credits that Tobin hopes to hear back on later this fall. 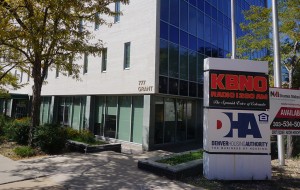 The DHA has kept its headquarters at 777 Grant St. in Capitol Hill since 1999. (Burl Rolett)

He said the project’s viability will hinge on whether the nonprofit receives those tax credits.

The Denver Housing Authority has kept its headquarters at 777 Grant St. in Capitol Hill since 1999. Tobin said it started looking at a new office in September 2014, noting that maintenance costs and parking issues were hindering operations at Eighth and Grant.

The DHA board approved a pre-development budget to study the project and start looking for sites in August 2015, Tobin said. They landed at the location at 10th and Osage because it was a site with good access to transit. And at the right price.

“As we look to create better connections between our workforce and our tenants, we looked at multiple sites around the city to try to fit the need,” he said. “Certainly around T.O.D. sites, land can be quite expensive, but 10th and Osage was a site we already owned.”

The first five floors would be mostly parking space, with office space in the top half of the building. Tobin said they plan to use the retail space for a food market.

“As part of our corporate headquarters, we’re looking to create access to healthy foods for the community in the ground floor retail in conjunction with our youth culinary academy,” he said.

The design/build contract was awarded to Shaw Construction earlier this year. In its RFP response, Shaw listed Pat Higgins as a potential project executive with Bart Dickson taking the role of construction manager and Jeff King handling project manager duties.

DHA’s current headquarters fills about 50,000 square feet at 777 Grant St. in Capitol Hill. If everything goes according to plan, DHA would finish its new headquarters in the beginning of 2019 and then look for options to redevelop or sell its Cap Hill central offices. 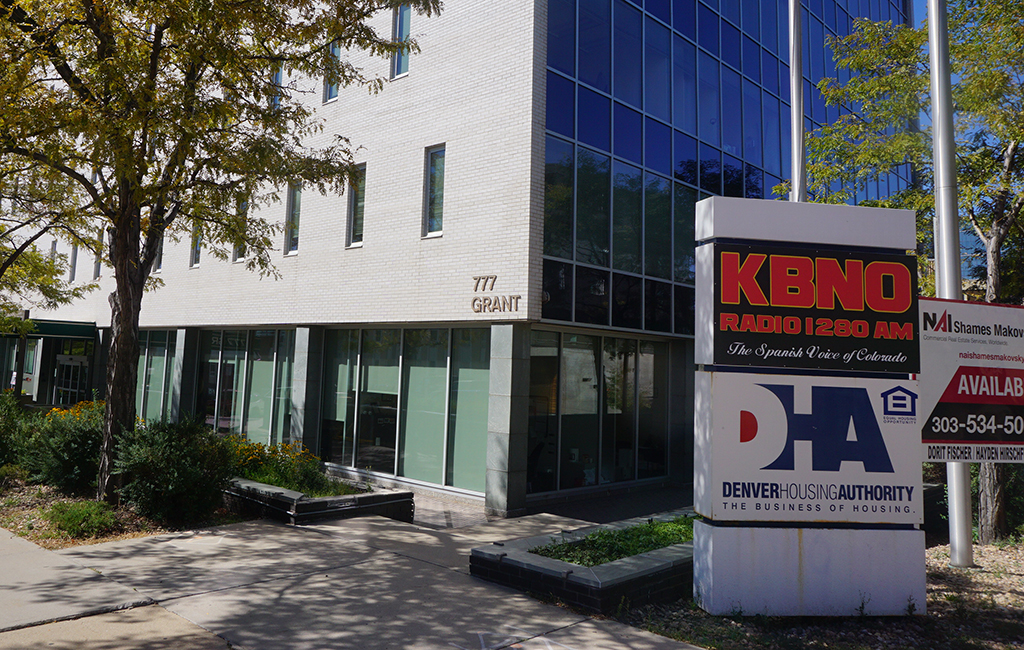 The new headquarter’s lot sits across from the Buckhorn Exchange restaurant and next to the 10th and Osage light rail station. (Burl Rolett)

The housing authority is still working on locking down funding, but could break ground as early as next summer.