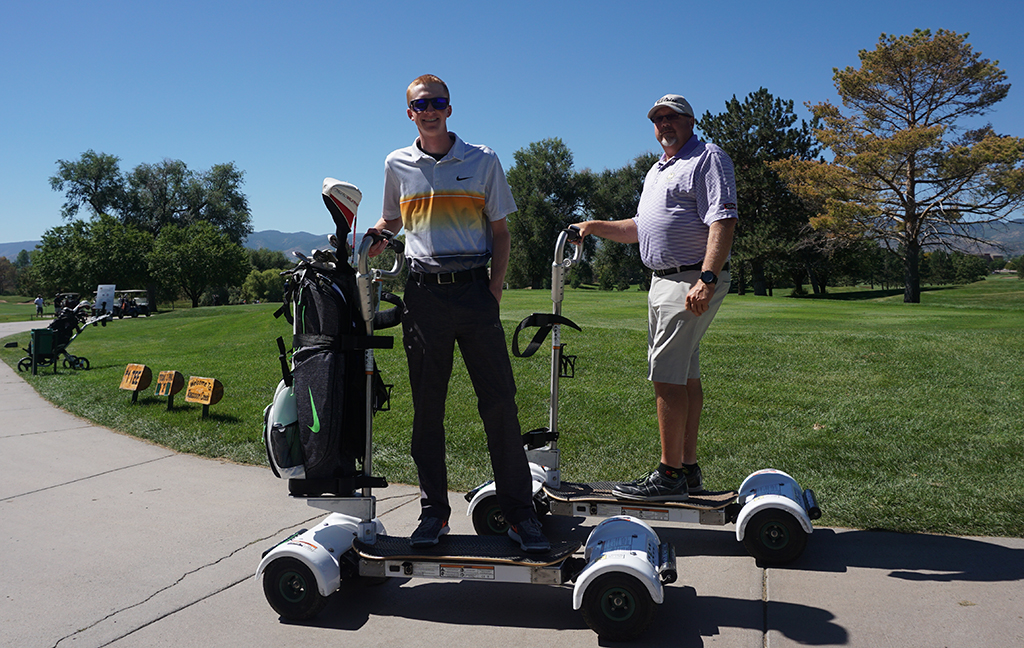 Littleton golf course Raccoon Creek is betting the drive after a tee shot can be a whole lot more fun with the help of an electric skateboard invented by a professional surfer.

Since May the private course has been renting four GolfBoards – which users ride like surfboards to their ball at 10 mph with their clubs attached to the front.

The trial went so well that on Thursday the course received an order of 12 more.

“They’ve been drawing a different, younger clientele that maybe hadn’t come to Raccoon Creek before,” said Rob Strong, an assistant pro at the course. “They speed up play, because players can go straight to their own ball instead of waiting for others in a golf cart.”

Racoon Creek rents the GolfBoards, which you control with an accelerator on the handle and by leaning to either side, for $25 a round. A golf cart normally costs $18 per player. Players must also watch a six minute video before jumping on board. Strong said the GolfBoards were booked out two weeks straight, and that the course needed more to satisfy the burgeoning demand. 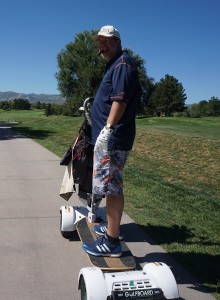 Andy Mills, an area realtor and patron of Raccoon Creek golf course, tries out the Golf Board. (Rob Melick)

The dozen delivered Thursday should alleviate some of the scheduling backlog caused by charging the batteries after rounds, Strong said.

Paul Camarco, a Colorado salesman for the Oregon-based company that makes the GolfBoards, said Raccoon Creek was the first Denver course to purchase the four-wheeled vehicles. Each costs around $6,500.

“You’re changing a culture,” Camarco said, adding that GolfBoard users can feel more engaged in a round because of less “dead time” getting to balls, and by staying upright instead of sitting in a cart.

More than 200 courses around the U.S. are now using GolfBoards, according to the company’s website. Raccoon Creek is the first local course to take a test drive, Camarco said.

The GolfBoard was invented in part by pro surfer Laird Hamilton.

The company won best new product at the 2014 PGA merchandise show and started selling the items that year.

Pat Tait, the head golf pro at Raccoon Creek, said he stumbled on the invention at the PGA Merchandise Show in 2016.

GolfBoard: The electric skateboard for the course (Bloomberg)