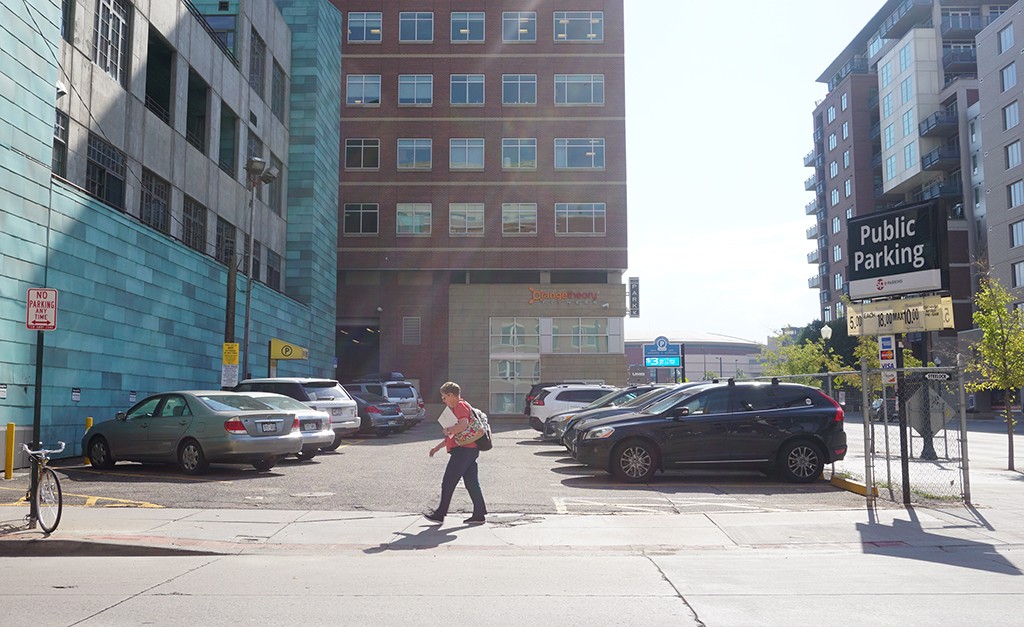 Ninety-one micro-apartments are planned for the site at the corner of 15th and Wewatta streets. (Burl Rolett)

“We’re going to try and have shorter lease terms in anticipation there will be many business clients coming downtown for a few months at a time rather than a year at a time,” she said.

Plans for the building show 12 stories with 91 total apartments. Rummel said hard construction costs would come to about $13.5 million. Nichols bought the 6,135-square-foot site along with four commercial condos at the Steelbridge Annex building next door for $10.35 million in June.

The smallest apartments will come in at 350 square feet, Rummel said. Studios will range up to about 550 square feet and Nichols is considering adding some larger, two-bedroom apartments as well. The project will go in front of the Lower Downtown Design Review Board for a mass and scale review later this week.

Nichols was one of the first Denver developers to try micro-apartments by putting sub-400-square-foot units at its Turntable Studios near Mile High Stadium. Rummel expected the building would fill up with millennials, but said it drew great leasing interest across a wide variety of demographics.

The downtown project won’t be as steered towards millennials. Rummel estimates at least half the bedrooms will come furnished for shorter term renters like business travelers, but said that figure would depend on leasing interest when the building approaches opening.

“We’re building on the success at Turntable Studios, but changing the model a little bit and not going after the same demographic we anticipated at turntable,” Rummel said. “This micro project will have a little different clientele being right downtown and at Union Station’s front door.”

The most recent iteration of the project does not show any onsite parking for residents. Rummel said Nichols hopes to add some underground parking, however, and will fill out the building’s parking requirement with nearby offsite parking spaces.

The building will also have spaces for car share programs onsite.

Nichols hopes to break ground on the project in about a year’s time and Rummel estimated it would take between a year and 18 months to build. Shears Adkins Rockmore is the architect on the project and Nichols Partnership has yet to sign on a general contractor.

The building will replace a small, 20-some car surface parking lot at the corner of 15th and Wewatta streets. Rummel said the micro-units made a squeeze play work on what otherwise might not have been a developable lot.

“A lot of it comes down to making the puzzle pieces work,” she said. “Micros work well on small lots because the depth of a micro-unit and a corridor will fit, where something like an office building would not.”

Ninety-one micro-apartments are planned for the site at the corner of 15th and Wewatta streets. (Burl Rolett)