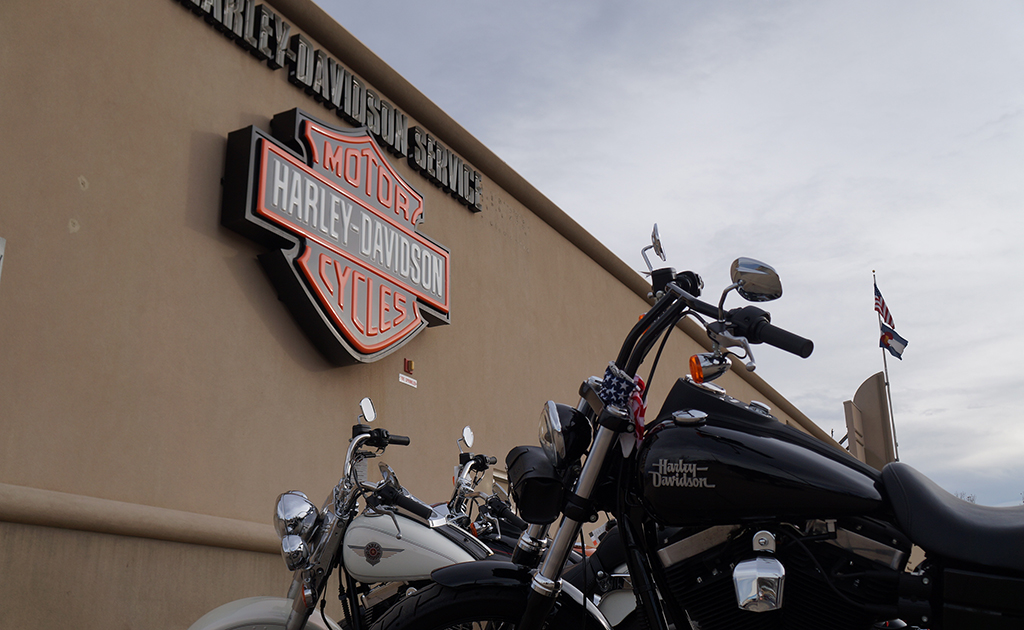 After circling the block in search of a new home, a Harley-Davidson dealership is cruising into the I-70 corridor in Golden and doling out $12.5 million to build a new, 65,000-square-foot home.

Eight months ago, Avalanche Harley-Davidson on West Colfax in Lakewood was revving to move to a spot near Dinosaur Ridge. But the deal stalled during rezoning and Avalanche decided to park its shield farther north near Heritage Square.

General manager Harry Sherrell, who has worked for Avalanche Harley for more than four years and took over as GM on July 25, said 18420 W. Colfax Ave puts Avalanche in the backyard of “some of the best riding in the world.”

“Just as far as literally being seen, and for Colorado riders, you’re not going to have better access than being where we’re at,” he said. “We do get decent traffic on Colfax, but I think the highway access is going to be a little bit better.”

The new dealership, which broke ground earlier this month, will include clothing, service and bike sales on the main level and extra storage in the basement, Sherrell said.

Avalanche Harley will be the first development on a 22-acre parcel owned by Northstar Commercial Partners. The general contractor is Golden Triangle Construction and the project is being designed by G3 Architecture. Avalanche will own its building.

West Colfax has been Harley country since Freedom Harley-Davidson rolled into an old movie theater on the Lakewood portion of the thoroughfare in 1984. The Veracka family, a group of investors which owns six Harley dealerships, purchased the shop in 2012 and redubbed it Avalanche.

In December, Sherrell’s predecessor as general manager, Ryan Sherman, said the dealership’s annual motorcycle sales had doubled from 800 bikes in 2012 to about 1,600 in 2015.

Since Harley-Davidson franchises must maintain a minimum square footage to sales ratio, Sherman said Avalanche was approaching the limit for its 38,000-square-foot space at 8000 W. Colfax Ave. For now Avalanche Harley is still operating out of that building, but Sherrell said that property is for sale.

There are six Harley-Davidson locations in the Denver metro area, including Mile High Harley, a dealership with shops in Aurora, Parker and at DIA.

Harley-Davidson is cruising into the I-70 corridor with $12.5 million to build a new home.