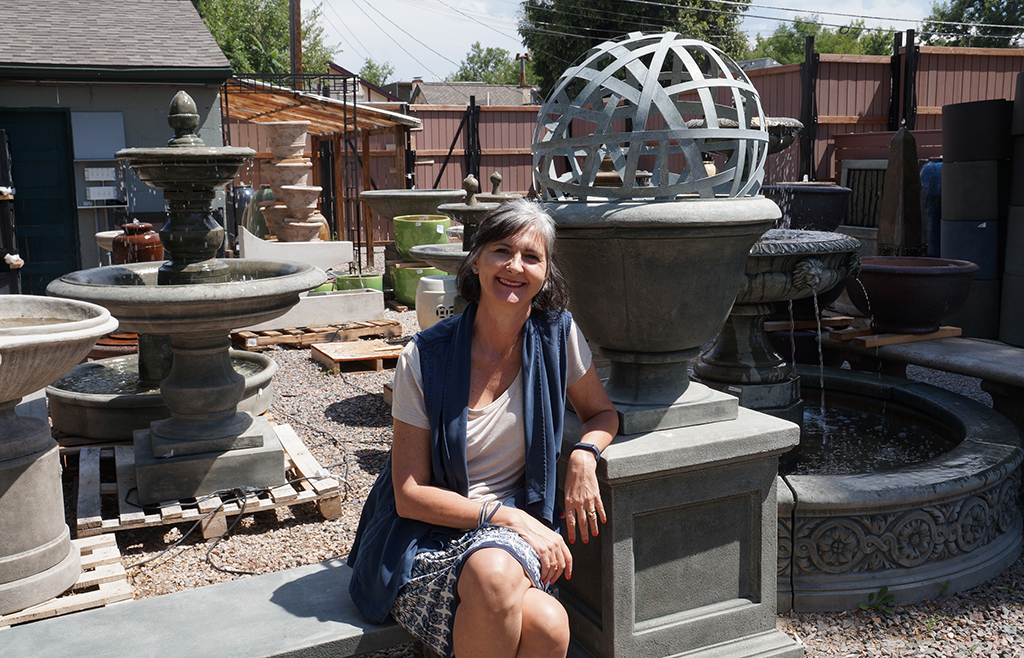 The garden supply shop Birdsall & Co. on Antique Row in Denver is flying south this fall.

On Oct. 1, four years to the day after husband-and-wife Annie and Scott Huston bought Birdsall from its founder, the shop will move into a new location a dozen blocks south.

“The real reason was the hike in lease,” said Annie. “It’s no mystery and everyone knows it on the row. Had the lease stayed the same, then we would have put up with a little bit of lack of space and other drawbacks.”

Birdsall – which sells landscaping merchandise like decorative water fountains, teak outdoor furniture, large potting containers and potted plants – has been based at 1540 S. Broadway for 28 years. 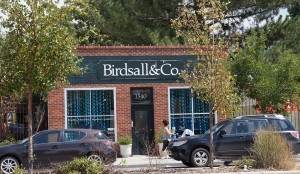 But in the past four years, pot shops and redevelopment projects have sprouted around it. When Huston found out that her rent would rise by a third, she started looking to see if there was suitable space at a better price.

The current shop has 6,200 square feet of indoor space, but it’s split into different buildings separated by a courtyard. Annie said the back alley affords little space to load and unload trucks with products that require a forklift to move and customers only have street parking.

“We needed to move somewhere bigger, somewhere where we have the warehouse attached to the store,” she said.

The new location at 2870 S. Broadway will have slightly more indoor space, all in one chunk, plus a 50-car parking lot. It is being renovated by developer Jon Cook, who is known for adaptive reuse projects on Broadway, including turning the Broadway Plaza Motel into an office and retail development called the Metlo.

“We’re planning on having (the parking lot) landscaped and to create vignettes and show people what they can do in a sterile environment like a parking lot,” said Annie. 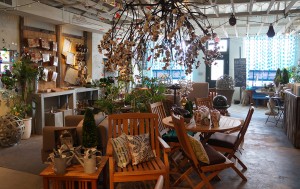 The current shop has just over 6,000 square feet of space, split in two by a courtyard. (Amy DiPierro)

There’s also more space for trucks to deliver and pick up orders, she said. Annie said the store delivers as far away as Aspen and online customers have placed orders from Hawaii and Canada. Locally, moving south brings Birdsall closer to suburban customers in its backyard, Annie said.

Annie and her husband depended on Birdsall for a quarter century to supply their landscape architecture firm, Columbine Design.

The shop now focuses on selling products urban planners, developers and other landscaping professionals can’t find at other garden stores.

“What we allow them to do is to come and see all of it before they purchase it off the floor or order it,” Annie said.

Four years to the day after husband-and-wife Annie and Scott Huston bought the garden supply shop from its founder, the brand will move into a new location a dozen blocks south.