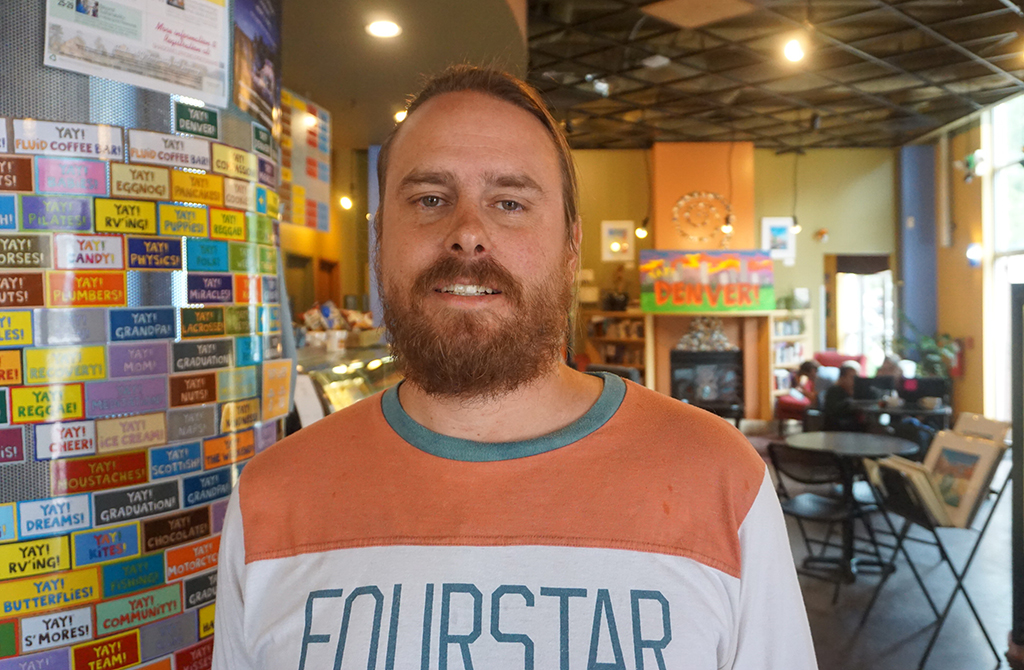 An Uptown coffeehouse is heading downtown.

Fluid Coffee Bar is opening a new coffee shop near the corner of 17th and Stout streets downtown. It will be the second location for the brand that Jeff Aitken launched at 19th Avenue and Pennsylvania Street in Uptown Square about 10 years ago.

“It was never really a huge goal of ours to open a second location, but I’ve always thought if we can add an additional space while improving our existing place, then we would do it,” he said. “With the proximity of the new location, they are relatively close but in completely different markets.”

Fluid’s new location takes up 1,325 square feet on the ground floor of the Magnolia Hotel. Aitken signed a lease on the space in June and hopes to have the coffee shop open by the end of the year. 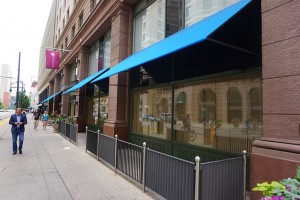 The location in the Magnolia hotel will offer a coffee shop and small meeting space. (Burl Rolett)

The plan is to set up a coffee shop and meeting space similar to the Uptown location but a little smaller.

While the bulk of Aitken’s revenue comes from selling coffee and food, he also rents out a 700-square-foot meeting room at the Uptown location for $20 to $30 per hour.

He hopes to have a smaller meeting space downtown as well, but said it won’t be as elaborate as the one on 19th Avenue.

“It will be set up more as a place to come in, check your email and maybe have an afternoon meeting with a client,” Aitken said.

The menu at the Stout Street location will be similar to the Uptown location with a full list of coffee drinks with beans from Novo Coffee and prepackaged breakfast and lunch fare.

Aitken said he will add a cold brew coffee system at the downtown location, an addition he would also like to eventually bring to the Uptown coffee shop.

Aitken declined to say how much it would cost to open the downtown coffee shop. The project will be financed mostly through personal cash, Aitken said, part of which will come from selling a rental condo Aitken owns near University Boulevard and Arapahoe Road.

He also hopes to raise cash through crowdfunding.

Fluid’s new space was previously a Starbucks that the owners of the Magnolia operated on their own through a franchise agreement with Starbucks.

Newmark Grubb Knight Frank broker Michael Lindemann, who represented the landlord in the lease alongside Carolyn Martinez, said the hotel’s owners decided to get out of the coffee business and closed the Starbucks in June.

Lindemann also handles leasing at Uptown Square, and said a deal started to come together soon after Aitken and the landlords first got together.

“I pushed my ownership at the Magnolia to meet with Jeff,” he said. “We had one meeting and then it was let’s figure out the economics on this deal.”