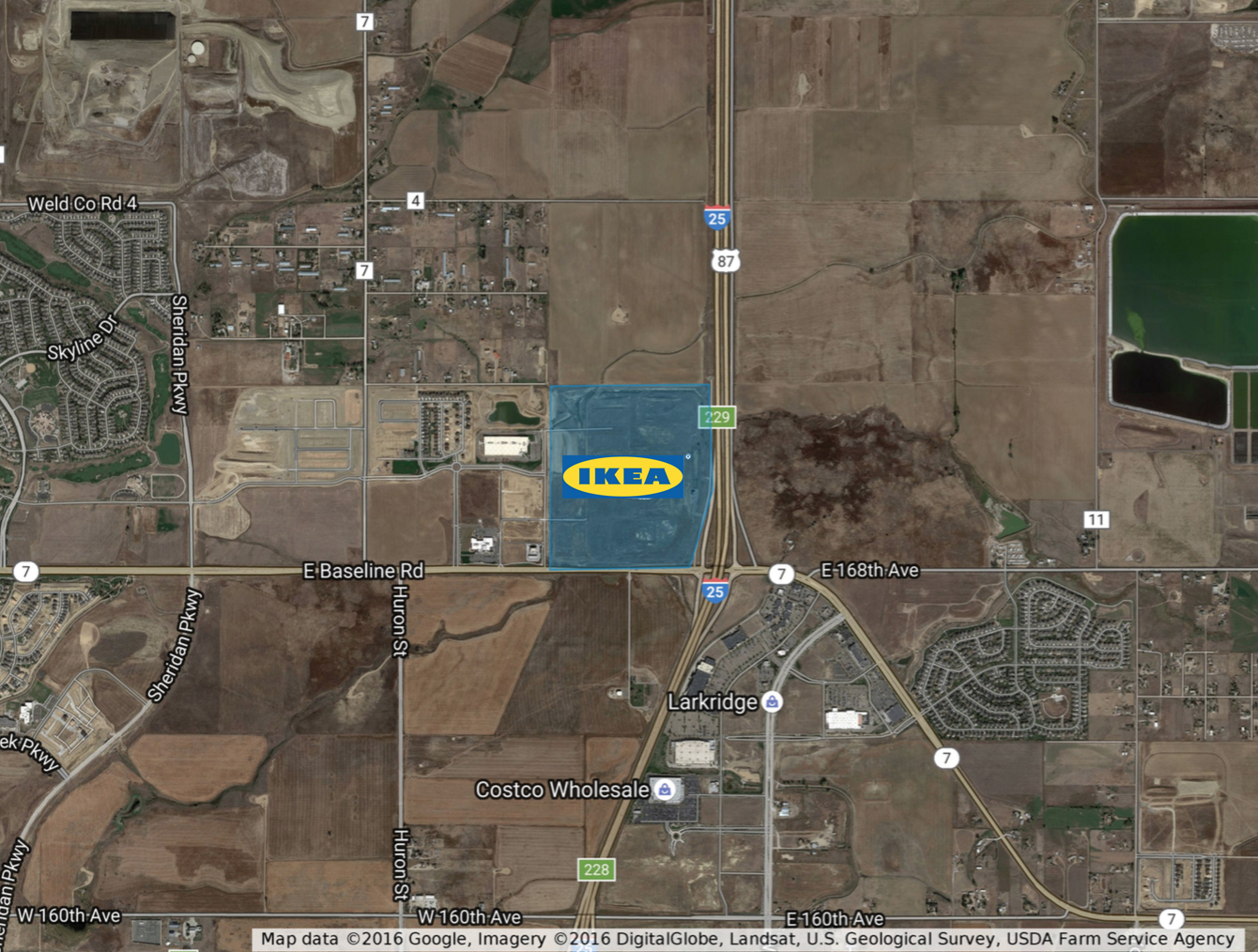 You have to furnish all those brand new Denver apartment buildings somehow.

Swedish retailer IKEA is under contract to buy 123 acres of land in Broomfield, the company announced this week. The company plans is build the area’s second store and develop the leftover real estate for other commercial, retail or residential uses, company spokesman Joseph Roth said.

“We have always seen the Denver area as being able to support at least two stores in the long-term,” Roth said. “Based on the location of the current store, it definitely seemed like going north would be a good complement to be accessible to customers in that area. And it’s far enough away to minimize any sort of customer release from the Centennial store.”

The deal is scheduled to close this fall, Roth said. The site is at the northwest corner of Interstate 25 and East Baseline Road, about 17 miles north of downtown Denver.

IKEA has yet to submit any development plans to the city of Broomfield, and Roth said it will likely take until at least next year to produce any firm plans for the new IKEA store. A company press release said the store wouldn’t open for several years.

IKEA, best known for its line of self-assembled furniture, first landed in Denver five years ago when it opened a Centennial store near Interstate 25 and County Line Road. By the time the first store opened, Roth said IKEA had already tabbed Denver as a market that could use a second.

“That’s why we sited the Centennial store so far to the south,” he said. “If we thought Denver could only support one store, then the first one probably would have been a little more central.”

While plans for the second IKEA are still in their infancy, Roth said a typical IKEA store measures between 250,000 square feet and 400,000 square feet. Including parking, stores usually cover between 25 acres and 35 acres of land. That would leave almost 100 acres of IKEA-owned land open for more development.

While Roth couldn’t go into specifics on how the Broomfield store might differ from Centennial’s, he did say IKEA will have a little more room to stretch out. The IKEA in Centennial is built on only about 13 acres, so the retailer had to stack two levels of retail space on top of a parking deck.

“This will be more spread out, seeing as we have 123 acres available with more to be developed,” Roth said.

IKEA has 42 locations in the United States.

Swedish retailer IKEA is under contract to buy 123 acres of land in Broomfield, the company announced this week.