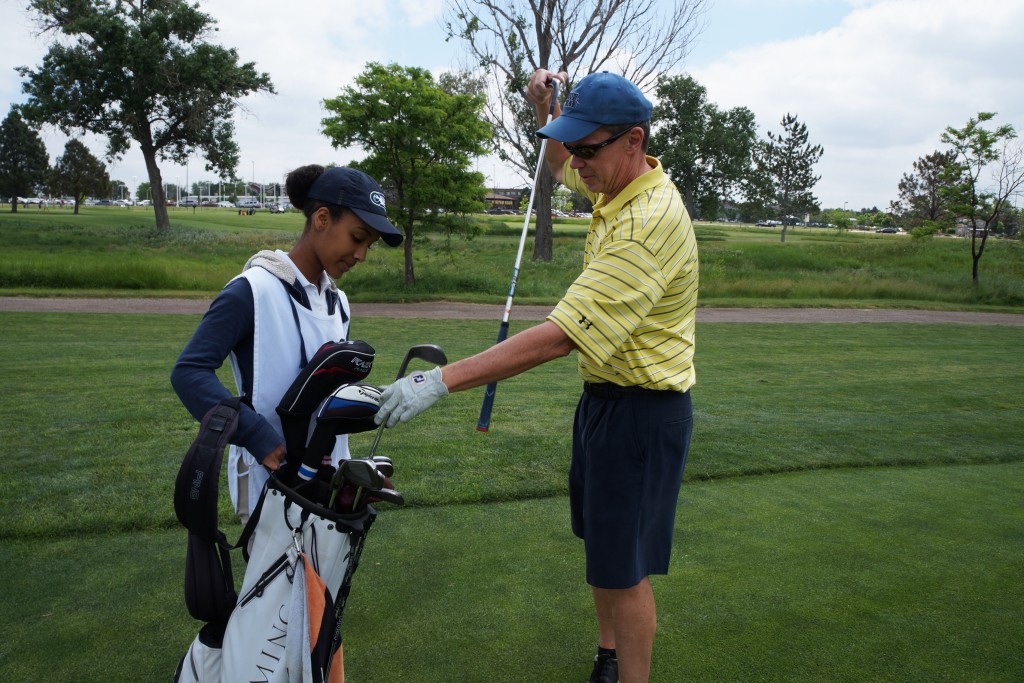 On a recent weekday, the caddies stand quietly with their foursome at CommonGround Golf Course. After each player has finished putting, some of the caddies ask questions. Others silently take notes.

So begins the season of Solich Caddie and Leadership Academy, a summer program at CommonGround that teaches high school students leadership skills through one of the game’s long-standing traditions.

And the Aurora-based academy launched a satellite program at Meridian Golf Club earlier this month, giving eight students in Englewood a chance to study the contours of the greens and brave the Denver heat with a 30-pound golf bag.

George Solich, who founded the academy with his brother and the Colorado Golf Association in 2012, said he hopes the programs will revive the craft of caddying – and provide work experience for Denver-area teens who might not otherwise set foot on a golf course.

“Caddying is a great tradition in the game of golf,” said Solich, president and CEO of FourPoint Energy, a Greenwood Village-based oil and gas company. “It has been supplanted by the golf cart, and we are really trying to bring that back. A lot of golfers don’t know how great it is to play golf walking with a caddie. The social interaction you get with a group is just so much better, and with the kids, it makes for a great day.” 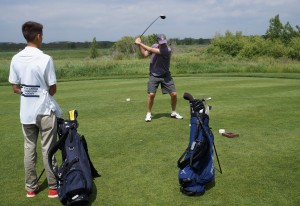 Inspired by his brother, Geoff, George Solich began caddying at The Broadmoor in Colorado Springs at age 13 and stuck on the bag through high school. He graduated from CU Boulder in 1983 and sold several energy companies before starting FourPoint.

“I think it’s a fantastic summer job for kids,” Solich said. “You get to be outdoors and learn a lot from successful people. You experience people you want to be around and some you don’t. It’s real work, and it’s great for young people.”

For the past three summers, the Solich Academy has recruited eighth- and ninth-graders with financial need to work as caddies while taking leadership classes at the golf course. The two-year program at CommonGround now includes about 30 first- and second-year caddies.

Helina Seyoum, a soft-spoken rising sophomore, is back for a second summer while on break from Bishop Machebeuf.

“When I first started caddying, I thought it was just going to be carrying someone’s bag and not much of an experience,” she said. “But the golfers that you meet give you good advice and good experience and you get to know them over the course of the summer.”

The caddies each receive a $1,200 stipend for the summer. The program is subsidized by the Solich brothers, the CGA and donations from patrons. The caddies are free for golfers. At the end of the round, golfers evaluate the caddies on a score card and can, of course, give a tip.

Solich said he’s pleased with the response to the program so far.

“It’s really been rewarding to see, in three short years, the lives we’re changing,” Solich said. “These kids are having the opportunity to get exposed to a whole different part of their community.”

The academy at Meridian has a similar structure.  The eight caddies accepted into the Solich Academy there are available to golfers for free.

After two summers of caddying, teens in the Solich Academy can be placed at one of the Denver metro area’s 10 private clubs with established caddie programs. Caddie students at Meridian might be incorporated into the club’s existing program, Solich said.

“We think if the club continues to support it like they have, quite possibly we might need them there,” he said.

One of the academy’s objectives is to prime candidates for the Western Golf Association’s Evans Scholarship, a full ride to college for good students who caddied throughout high school. In Colorado, Evans Scholarships cover tuition and housing costs at CU Boulder.

Of the 40 caddies who completed two summers at the Solich Academy, 15 applied for the scholarship and eight received it, said Ed Mate, executive director of the Colorado Golf Association.

“We’re trying to increase the number of applicants, and now that we have the pipeline charged, it’s working,” Mate said.

After caddying at The Broadmoor, Solich and his brother both earned Evans Scholarships, which are awarded to caddies who demonstrate financial need, leadership skills and strong academic records. 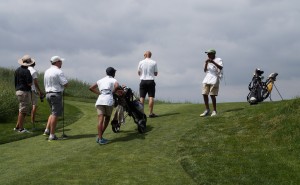 Caddies haul bags up a hill at CommonGround.

Every Monday, the Solich caddies at Meridian join their peers at CommonGround for leadership courses taught by volunteer instructors. This year’s curriculum is based on “Cowboy Ethics,” a book on business ethics and integrity known for its 10 principles to live by, including “live each day with courage” and “be tough, but fair.”

Solich said there are opportunities to expand the program beyond Denver. Last year, a satellite program launched in Fort Collins, and he said golf clubs in California and Wisconsin are considering adopting similar models.

“We have been asked to help support them financially and teach them how we do the grant, run the program and train the kids,” he said. “We want to help them in any way we can. If (the program) is named after us and we fund it, great, and if it’s a different name and we just help them out, great. We just want to be able to affect more kids.”

A summer program aimed at student employment and salvaging the fading art of the golf caddie is up and running for a fifth year.