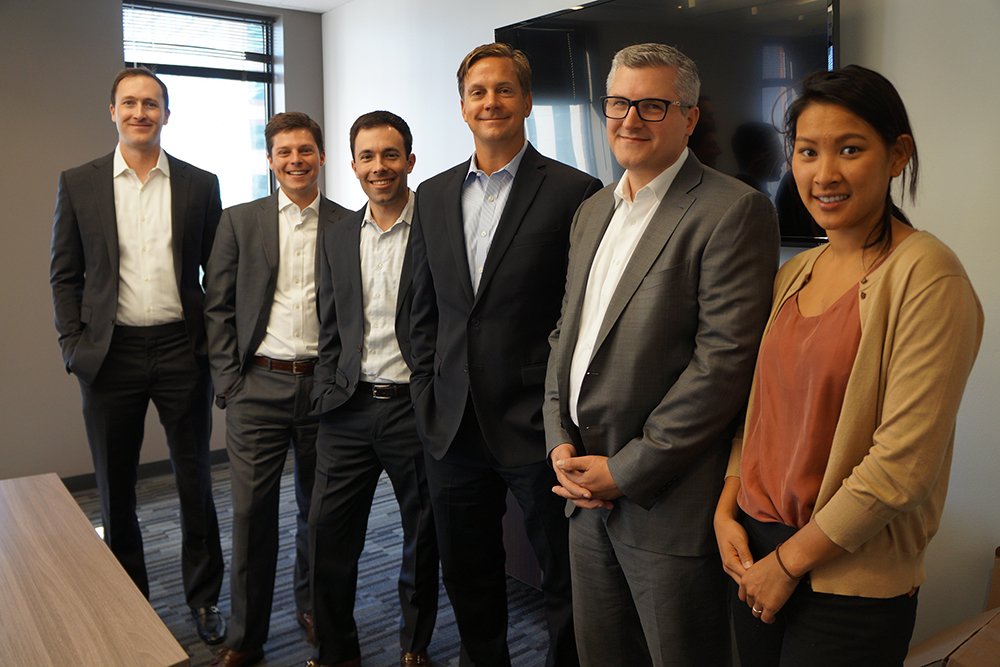 Six investment bankers are opening shop under the banner of a new firm.

Members of the new office, which specializes in consulting with financial services and technology companies, previously worked together at St. Charles Capital, which was purchased by KPMG in 2014.

David Bluth, a managing director of the technology group, said one difference between GLCA and the sextet’s prior firms is the ability to refer customers to Global Leveraged Capital, which started GLCA and acts as lender.

“If there are companies in need of capital that fit within our investment criteria, we can also bring (capital) to the table, which is very different from where we came from and which I think is very important to entrepreneurs,” Bluth said.

Private investment firm Global Leveraged Capital started GLC Advisors & Co. in 2009, when debtor-in-possession loans and exit financing dried up. The idea was to combine advice about how to restructure debts with in-house funds available for debtor financing.

Prior to GLCA, the firm’s six investment bankers worked together at Denver-based St. Charles Capital.

The group then continued together at KPMG, which acquired St. Charles through a subsidiary in 2014.

At GLCA, the Denver office will primarily work on deals with clients valued between $20 million and $200 million, Bluth said.

About half of all clients are in Colorado.

Bluth said the tech group tends to work with founder-owned companies that are forming an exit strategy.

GLCA worked with Alex Hammerstein at CBRE to sublease its new office from the marketing agency Blue Moon Digital. Altitude Construction is the general contractor renovating portions of the office.