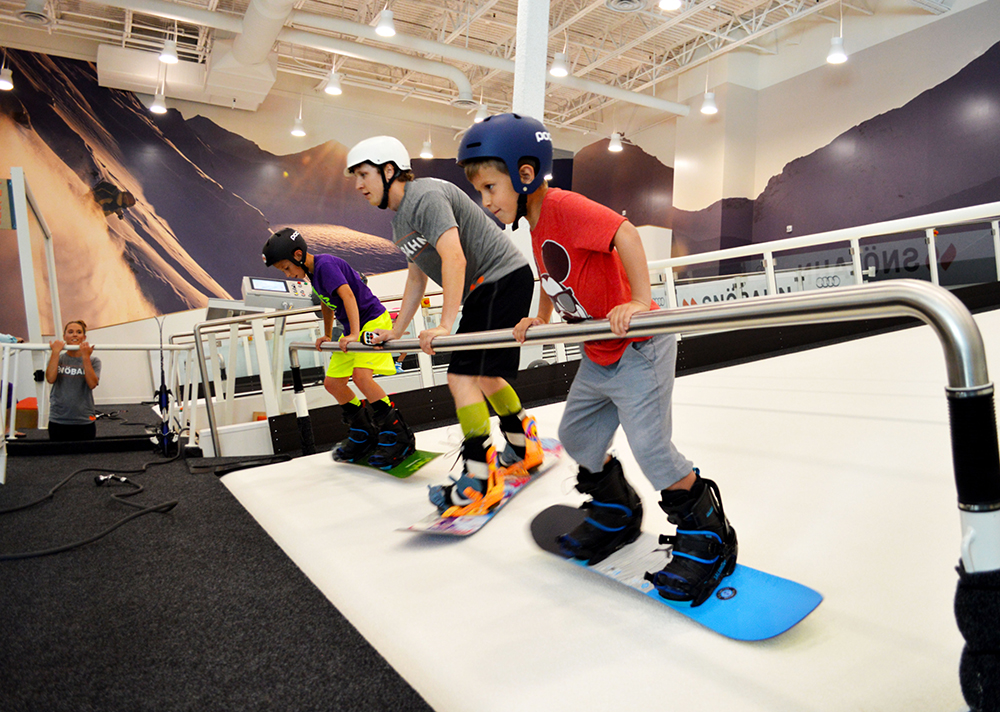 An indoor snow sport idea imported from the Netherlands has carved into its Centennial home.

In an interview with BusinessDen, 42-year-old Saddler Merrill said his 15 ski and snowboard instructors are set to prep beginners for their first ski slope experience and help experienced skiers improve their technique.

No snow or cold weather-gear needed at Snöbahn. Skiiers ride down the slanted slope imported from the Netherlands and attached to a conveyor belt, essentially mimicking a treadmill.

Open Studio Architecture designed the 9,400-square-foot building at 6955 S. York St. to look like a ski lodge from the Netherlands. Alcorn Construction was the contractor.

A single one-hour lesson, including equipment rental, starts at $35 for children and $40 for adults.

BusinessDen asked Merrill why he thinks ski bums will jump at the chance to hit his indoor slopes.

BusinessDen: What about Snöbahn is going to attract Coloradoans when ski slopes are already scattered around the state?

Saddler Merrill: There are certain things that happen in the fall that skiers start to get the itch. All ski passes go on sale. It seems obvious that we would be busy then. People can come in, they can get ski conditioned, they can work on their technique. Our business will start to build from the drive for pre-season training really throughout the season for people who want to improve their skiing through the year.

BD: What are features at Snöbahn that you wouldn’t have at a regular ski resort?

Merrill: We have a ski lodge where people can come together and meet people. The number one reason people don’t go out (skiing or snowboarding) is because they don’t know anybody. We have a two-way mirror where you are watching yourself while you are live. That is going to bring accelerated learning.

BD: How does skiing or snowboarding on this carpeted surface translate over to actual snow?

Merrill: What you learn here translates seamlessly to the snow. I mean, because it is a slightly different surface, it glides. The technique to turn, to carve, to flex your ski- all those things are the same. The difference is that the surface is less forgiving than the snow so it shows your weaknesses which proves to be a greater training environment. It all boils down to your technique and this is a place where you can improve your technique.

BD: Why is your business going to grow in Denver?

Merrill: We feel like there is more skiers per capita here then there are in other cities in the country. Even though there is such immediate and close access to the mountains, there are a lot of people who would like to ski more, be more involved in the sport, be a better skier. There is a huge population of people who don’t ski, even in Denver. We just want to help you overcome some of the hurdles you have (starting out). Come in and for the price of a lesson you get your equipment and you get a professional instructor. You get the fundamentals down so when you go to the snow, you have a better experience. 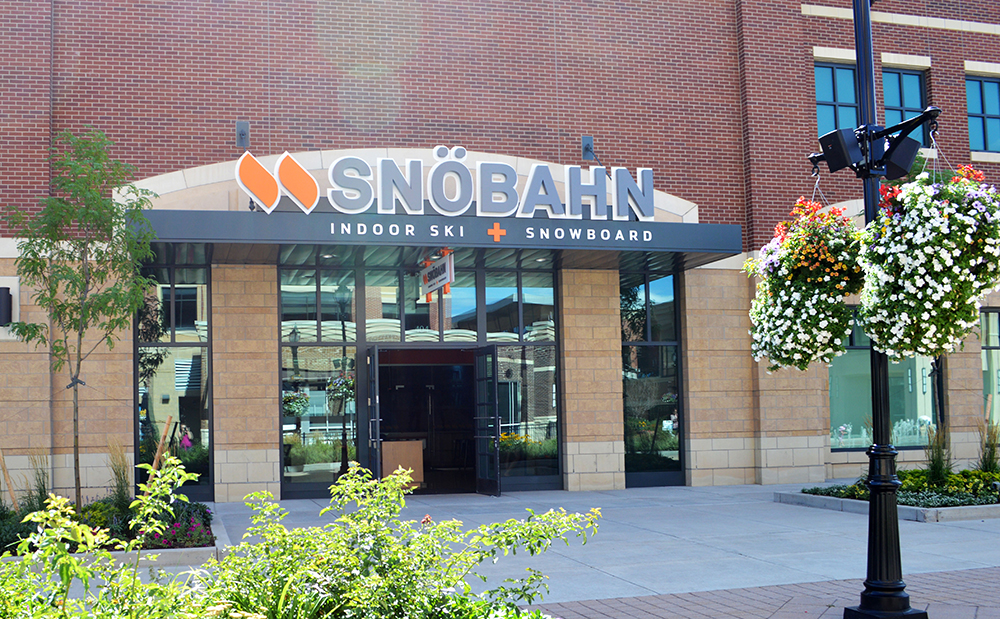 Open Studio Architecture designed the 9,400-square-foot building at 6955 S. York St. to look like a ski lodge from the Netherlands. (Stephanie Mason)

An indoor snow sport idea imported from the Netherlands has carved into its Centennial home. BusinessDen asked Merrill why he thinks ski bums will jump at the chance to hit her indoor slopes.