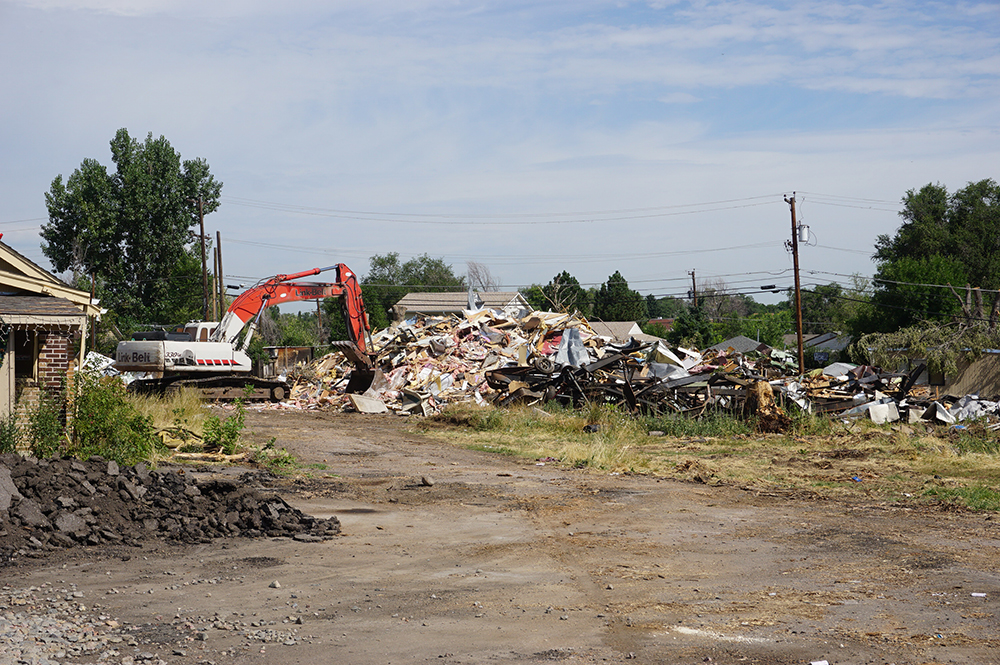 St. Charles Town Co. has started to demolish a pair of trailer parks on either side of Morrison Road with plans to open a 197-apartment affordable housing complex in early 2018.

“There’s a huge demand for affordable units all over the city, but in particular in this neighborhood,” company president Charlie Woolley said. “And I think there’s a desire in the community to transform Morrison Road from a speed corridor from southwest Denver to downtown into a neighborhood street with life on the street, people on the sidewalks.”

The development will replace the former Belmont and Shady Nook trailer parks on the 4300 and 4400 blocks of Morrison Road. Plans for the $42 million project calls for seven new buildings — four on the north side of Morrison Road and three on the south side. 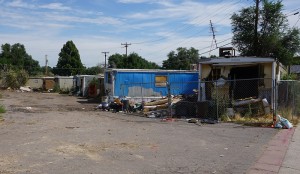 Woolley said the project is at least a half-decade in the works, dating back to around the time St. Charles Town Co. finished its Los Altos de Alameda project near Alameda Avenue and Sheridan Boulevard. The owners of the two trailers park asked Woolley if he was interested in building a similar complex on their land.

Meanwhile, the parks had started to fall into disrepair.

“The owners at the time had just started the effort to clean it up,” he said. “But long-term, it seemed like it wasn’t destined for a long future. It was at the end of its useful life.”

After about two years of negotiations, St. Charles Town Co. bought the parks in September 2014 for $2.625 million, city records show.

“With the support of the city we were able to close the transaction almost two years ago now,” Woolley said, “And start a very long and careful process of relocating the residents from the parks to other homes.”

Del Corazon, the name St. Charles Town Co. will give its new complex, will be reserved for renters making between 40 percent and 60 percent of the area median income.

For a two-person household, that means tenants with a combined income of less than $38,460, according to figures for the year 2016 from the Colorado Housing and Finance Authority. A four-person household could earn up to $48,060 and still be eligible.

About 75 percent of the apartments will be two-bedroom units, Woolley said, with the remainder evenly split between one-bedrooms and three-bedrooms. For renters making 60 percent of the area median income, CHFA capped two-bedroom affordable housing rents at $1,081 for 2016.

The complex will also include gardens in front of the buildings, a community center and a playground with a new soccer field. Woolley said they will also add crosswalks for an easier and safer crossing to the other side of Morrison Road.

Demo is well underway on both sides of Morrison Road. Woolley hopes to begin construction in the next three weeks and said it will take about 17 months to build Del Corazon.

Van Meter Williams Pollack is the architect on the project and Martines Palmeiro Construction is the general contractor. Citibank is providing financing on the development.

As for the park’s former residents, Woolley credited the city and particularly councilman Paul Lopez in putting together a plan to make sure they could find new places to live. Woolley added that most of the previous residents owned their own trailers, and were able to buy another home outside of Belmont or Shady Nook.

“This is a really happy story, I think, for the community,” he said. “Instead of where people were displaced from what was substandard housing, they got re-placed into some really nice places.”