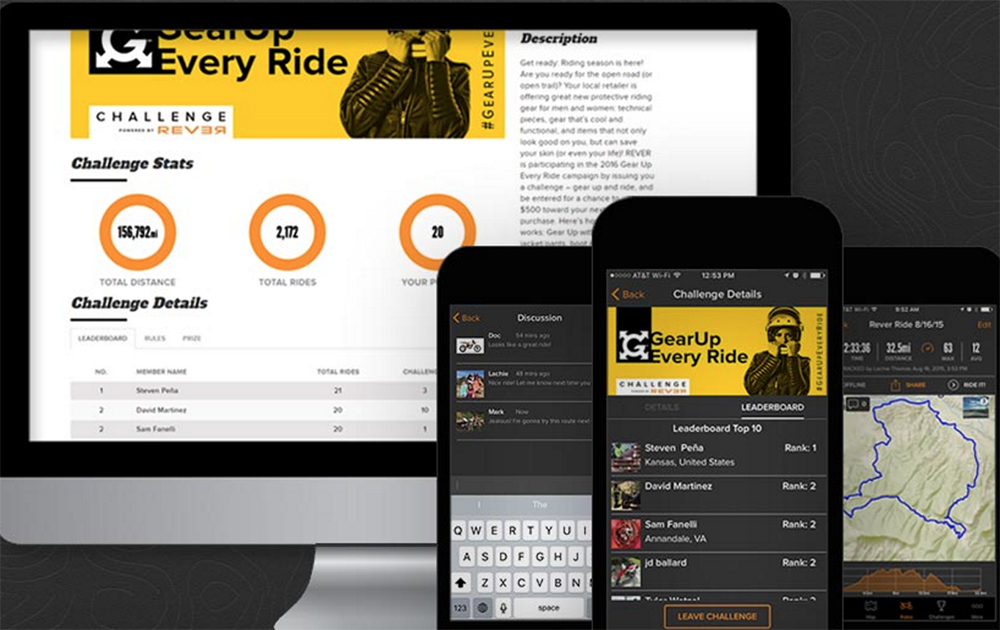 Fueled by an investment from BMW, a social network for motorcycle riders is revving up to debut a version of their app with riding routes in Germany.

Eagle-based Rever Moto lets motorcycle riders plan trips, track miles traveled and meet fellow bikers in the U.S. But after an $850,000 investment from BMW, Rever and the German automaker hit the road to map out new routes in Germany for users to cruise starting this August.

“We sent a team to Germany and they spent over a month there, riding around and scouting the roads,” said Rever co-founder Justin Bradshaw, 34. He reckons BMW and Rever riders traveled 10,000 miles in that time.

The startup’s deal with BMW includes funding through its venture capital company – $850,000 so far, according to a filing with the SEC on July 19 – as well as help building and promoting products.

For Rever, support from BMW affords a chance to start pushing into new countries and adding new languages. They’ve already translated the app and Rever website into German.

The three-person company also plans to add seven employees by the end of next month, primarily software developers.

And Bradshaw said there are benefits for BMW, too. The motorcycle and automaker approached Rever this winter after trying to build its own motorcycle social network, Bradshaw said, only to watch it run out of gas because only BMW riders could join.

Bradshaw grew up in the Vail valley. Rever is a spin-off of another startup he founded in Eagle, Butler Maps, which makes waterproof maps with recommended motorcycle routes highlighted.

But customers wanted to upload the maps to their GPS devices and Butler Maps employees wanted an app to upload data about the routes they scouted. And from his own travels, Bradshaw thought that products like Under Armour’s Map My Ride bicycle app don’t work very well for planning a 100-mile motorcycle ride.

So in May 2015, Bradshaw and Vail valley local Mark Roebke cofounded Rever.

Signing up for an account is free, but customers can pay $6 per month or $60 a year for extra features like access to Butler Maps’ recommended routes, offline maps, an automatic messaging system that updates friends and family with a rider’s location and a feature to track riding buddies.

Bradshaw said Rever still doesn’t have direct competition, since other social networks for motorcycle enthusiasts tend to focus on sharing tips about new motorcycle models rather than planning and sharing info about rides.

Bradshaw declined to quote revenue or user figures, but said thousands of people have downloaded the Rever app in 119 countries, logging millions of miles along the way. He said the goal now is to keep crossing into new territory and new languages.

“Getting the app localized for riders all over the world is a big deal for us,” he said.

Fueled by an investment from BMW, a social network for motorcycle riders is revving up to debut a version of their app with riding routes in Germany.