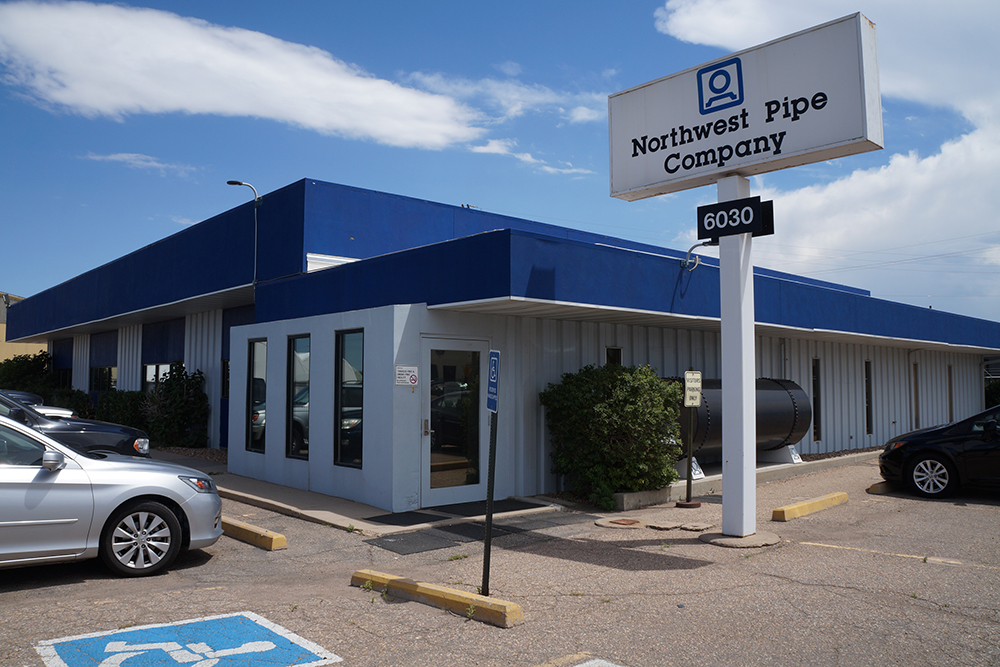 The facility at 6030 N. Washington St. will halt production in late 2016. Photo by Amy DiPierro.

A company that makes steel water pipes just southeast of the I-76 and I-25 junction plans to lay off 65 employees as it prepares to shut down its manufacturing facility.

In a July 12 letter to the Colorado Department of Labor and Employment, the Northwest Pipe Co. said layoffs will begin on September 30 and conclude on February 27.

In a press release, the Vancouver, Washington-based company also announced that it planned to close that facility permanently in order “to sharpen our focus on margin over tons and reduce costs.”

The facility at 6030 N. Washington St. represents 20 percent of Northwest’s steel water pipe production, the company said in a press release. The company reported that production in Denver will halt in the last quarter of 2016, but that shipments will continue into the first quarter of 2017.

Northwest Pipe Co. makes steel pipes used to transport water and wastewater. It also makes smaller steel pipes, but has recently scaled back that portion of the business.

The company’s most-recent annual report shows that net sales in the segment that included its Colorado facility dropped from $238 million in 2014 to $173 million in 2015.

According to SEC filings, Northwest owns manufacturing space totaling 182,000 square feet on roughly 40 acres in Colorado. The space, across from the new River North Brewery, includes two spiral mills, the machines used to weld spirals of steel into pipes.

Adams County property records show that the company currently owns ten buildings at its Colorado facility, a city block bounded by Washington and Downing Streets between 62nd Avenue and a train track. The smallest building is 980 square feet and the largest is 73,000 square feet.

The company said it expects to sell its property in Colorado by the end of 2017. It did not respond to messages from BusinessDen seeking further comment.

The facility at 6030 N. Washington St. will halt production in late 2016. Photo by Amy DiPierro.

The Vancouver, Washington-based company also announced it will close a manufacturing facility near the I-76 and I-25 junction, in order "to sharpen our focus on margin over tons and reduce costs."