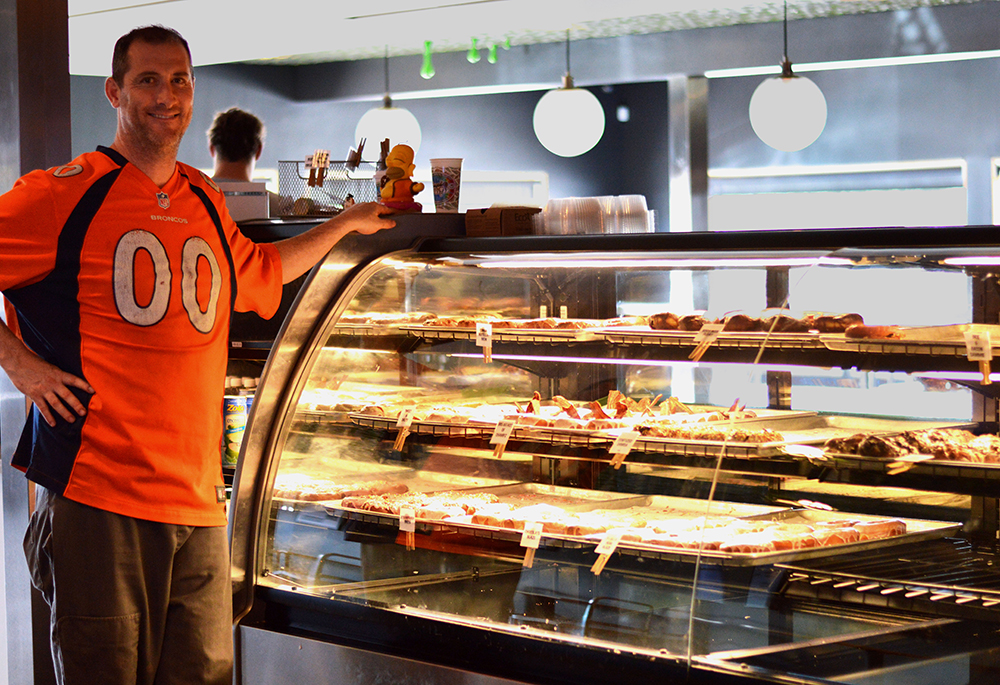 Stanley Marketplace is filling the doughnut hole in its breakfast lineup.

Glazed & Confused, a doughnut shop with one location on Leetsdale Drive, will open its second location at Stanley Marketplace early next year.

Schwab has leased about 500 square feet at the Aurora market, a fraction of the 3,000-square-foot standalone location near Leetsdale Drive and Forest Street. He said he will be paying about $1,000 a month in rent at Stanley Marketplace. 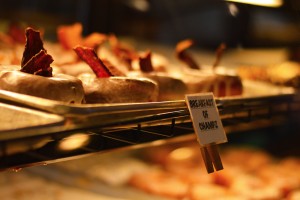 Schwab said he will make all the doughnuts at the Leetsdale store and truck them to Stanley. Photo by Stephanie Mason.

Since it’s such a tight space, Schwab said he’ll make the donuts for the Stanley location at the Leetsdale store and truck them over each morning. Schwab said the new location will be successful if it makes $3,000 to $4,000 a month.

The Stanley Marketplace is a retail space opening up in the previous Stanley Aviation building that will house about 50 retailers, food shops, gyms and other businesses. Schwab said he wants to have his shop open at the beginning of 2017.

Glazed & Confused currently has four employees. Schwab said they will need to staff up some once the Stanley donut shop opens. 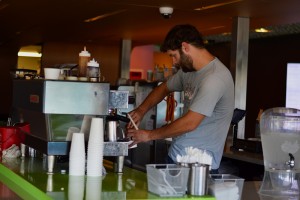 Steve Graves cooks up a cup of coffee.

When Schwab heard about Stanley Marketplace, however, he thought it might be a good fit for a new donut spot. Schwab then reached out to his breakfast-business and fellow Stanley tenants Rosenberg’s Bagels and Denver Biscuit Company, before deciding to jump in.

And Schwab is looking at adding even more locations in the coming years.

“We want this thing to grow into something like a LaMar’s,” Schwab said.