Erik Dullea, Donna Vetrano Pryor and Mark Savit first worked together at Squire Patton Boggs in the 2000s. Then they jumped to the Denver office of employment law firm Jackson Lewis in 2013 and 2014.

This week, the trio started at Husch Blackwell.

Four more of their colleagues have followed the same three-stop trajectory to Husch Blackwell – but based in Washington, D.C.

Savit said he and Pryor, who are joining Husch Blackwell’s energy and natural resources practice, have been working with mineral extraction and heavy construction industries long enough to spot solutions that novice lawyers without a technical background might miss.

“The more familiar you are with a particular industry, the easier it is for you to find a legal remedy that fits their real needs,” Savit said.

The energy and natural resources practice at Husch Blackwell now has seven attorneys based in Denver.

Dullea, a former Navy pilot, is joining three Denver-based attorneys in Husch Blackwell’s technology, manufacturing and transportation practice. He said he hopes to use more of his expertise about aviation technology and safety now that his practice will not focus exclusively on labor law.

“Because we were part of a labor and employment firm, a lot of the focus would be on the interaction between employer and employee and not on the equipment,” he said.

Dullea received his J.D. from the University of Denver. Pryor’s law degree is from Tulane University in New Orleans and Savit attended Georgetown University for law school. 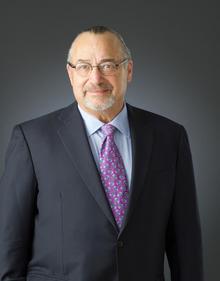