A nonprofit dedicated to cutting obesity in Colorado is launching a program for consumers to double their money when they spend SNAP dollars at 30 farmers markets across the state.

LiveWell Colorado and a network of other nonprofits and government agencies will launch Double Up Food Bucks Colorado on July 1 using a $500,000, three-year grant from the U.S. Department of Agriculture.

Wendy Peters Moschetti, who is helping to organize the new program for LiveWell, said most Americans don’t eat as many fruits and vegetables as the USDA suggests. But it’s even harder to afford fresh produce if, like the average person on food stamps in Colorado, you have only $4.20 a day to spend.

So Double Up Food Bucks will give SNAP recipients more money to spend exclusively on fruits and vegetables. At maximum, they can earn another $20 every time they visit a participating vendor.

“You could go to the local beef vendor or go buy eggs or buy bread or grains,” she said. “But then for every dollar you spend on a SNAP-eligible item, you get a dollar to spend on fruits and vegetables.”

If a SNAP recipient goes to the Longmont Farmers Market one week, for example, she can accumulate Double Up Food Bucks and spend them the next week at Union Station. And while shoppers earn a dollar in Food Bucks credit for each SNAP dollar spent on any type of food, they can spend only the bonus dollars on fruits and vegetables.

Bucks are valid through April 30, 2017 at five groceries and 30 farmers markets in 19 Colorado counties.

Moschetti said when LiveWell Colorado started thinking about this program last year, it found about 88 farmers markets already were authorized to accept money from SNAP and about a dozen already had a doubling program.

But Moschetti wanted to make sure Colorado took advantage of a new grant program included in the most recent farm bill. Then she found Fair Food Network, a nonprofit that started the first Double Up Food Bucks program in Detroit in 2009. LiveWell opted to start Colorado’s statewide program under the Fair Food Network’s guidance.

Moschetti said LiveWell is using its USDA grant to hire a statewide coordinator and to fund the program’s marketing campaign and data collection program. She said other groups – like the nonprofit Cooking Matters or participating farmers markets – have donated about $900,000 in cash and staff time.

LiveWell initially was funded by the Colorado Health Foundation, Kaiser Permanente and the Kresge Foundation in 2007 to disburse money to local health departments and other groups. It became a 501(c)(3) nonprofit in 2009 and since has expanded to provide training, technical assistance and other aid to healthy food initiatives in the state.

The nonprofit reported $18.4 million in revenue for 2014, the most recent year for which tax data was available.

Moschetti said one challenge is making sure SNAP recipients know about the program. That means sending fliers to food banks, local public health agencies or nonprofits like a Boys and Girls Club. She said LiveWell is studying whether SNAP recipients can travel to vendors easily.

“How can we create something where the healthy choice becomes the easy choice?” she said “This is just one way to do that.” 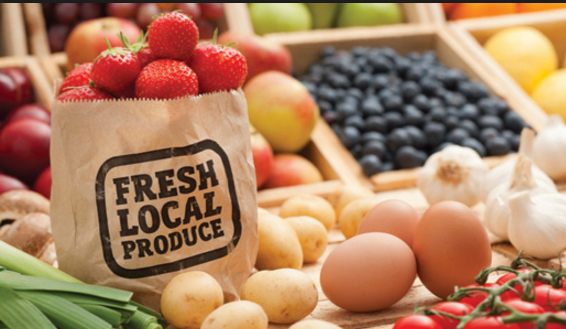